If the Historian can't get to the Mountains... 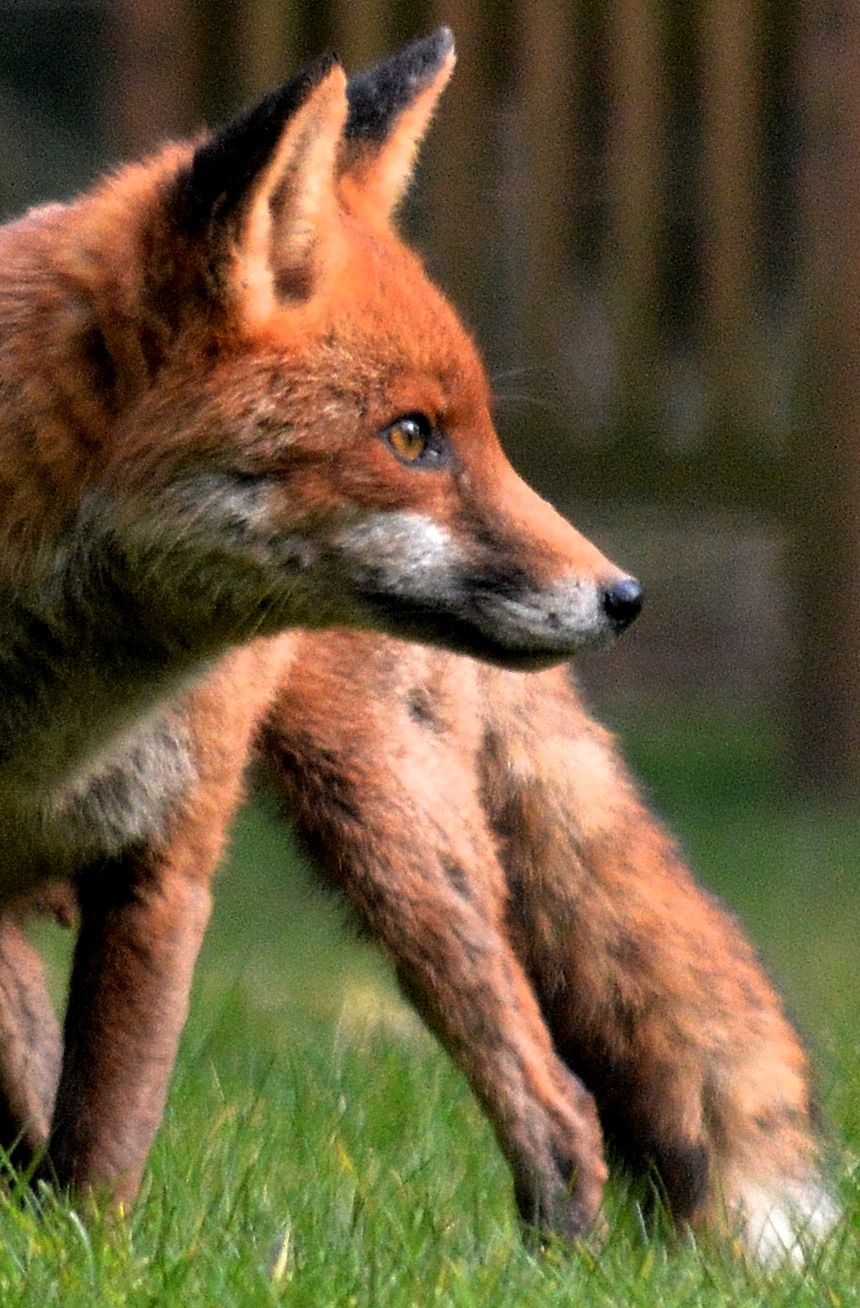 Never had I imagined I'd spend this long away from mountains. It's been five months since my last extended trip and it'll be several more before the next. But I haven't been completely detached from the outdoors, so here's a mountaincoastriver update anyway. This is partly about the outdoors things I've discovered from home, but also explains a little of my usual outdoor routine when I'm not away in the bivi bag.

I've been exceptionally work-focused recently, putting together projects and events at universities in São Paulo, Brasilia & Rio as well as running my usual University of Birmingham schemes. I've seen my Beginner's Guide to nineteenth-century Britain to press (written last summer in the Achiltibuie salmon bothy - on the shelves Feb 2016) and have taught new things such as an MA in Modern British Studies which featured everything from early documentary films of St Kilda to the grindcore band Napalm Death. I just about resisted the temptation to apply for a post in modern history at the University of the Highlands and Islands (a move N of Inverness would've been a dream come true but I have too many things I want to do in/from Birmingham to make it genuinely desirable for now).

Last week, when the weather promised clear mountain vistas for two days, I almost sped north past Fort William to spend a couple of nights on Gairich and neighbouring peaks before the last of the spring snow disappeared. At the last minute (bag already packed, route planned) I decided it'd be stupid to create a situation where I'd be in Brazil next week confined to a hotel room writing talks. It was the right choice: a lecture for the University of Brasilia on the historiography of time in the modern middle east is taking longer to write than I expected.

Luckily, I did get chance to spend a few individual days out in the kayak. Easter involved the nuptials of Gruffudd Eifion Owen and Gwennan Evans, fittingly taking place in the beautiful National Library of Wales, Aberystwyth. This wedding was the most Cymraeg event I've ever been to. I think I was the only one of c.120 people who isn't first-language Welsh: an honour to be part of it all. The weekend allowed some (hungover) travels beneath the mid-Wales cliffs; this was the only time I've seen Red Kites at sea, but with a while until the real seabirds & cetaceans arrive I mostly left the camera stowed away. 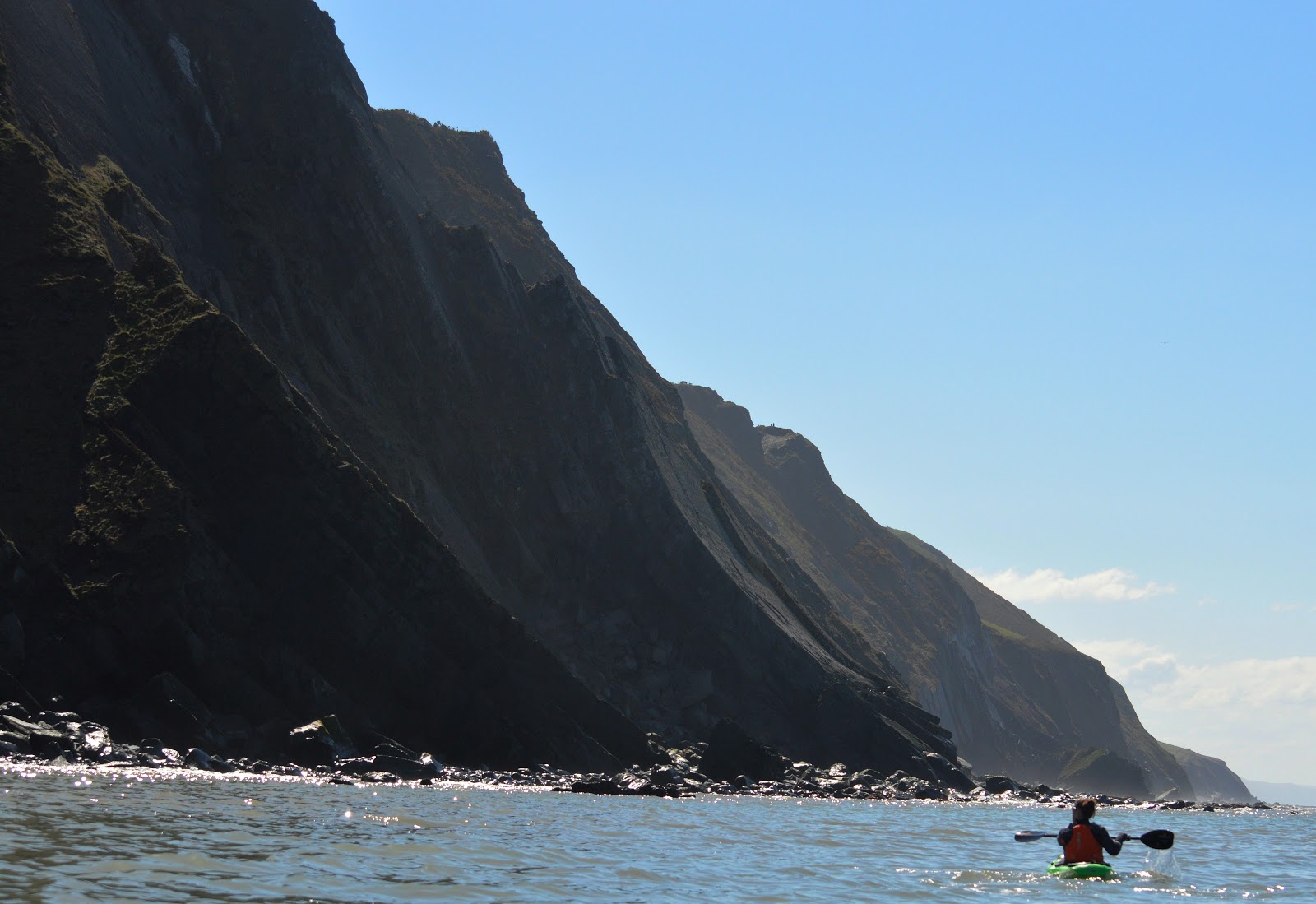 It feels quite magical, when heading south towards Abersytwyth, that the first hints you're reaching the town are imposing old buildings peering out between spectacular geological formations: 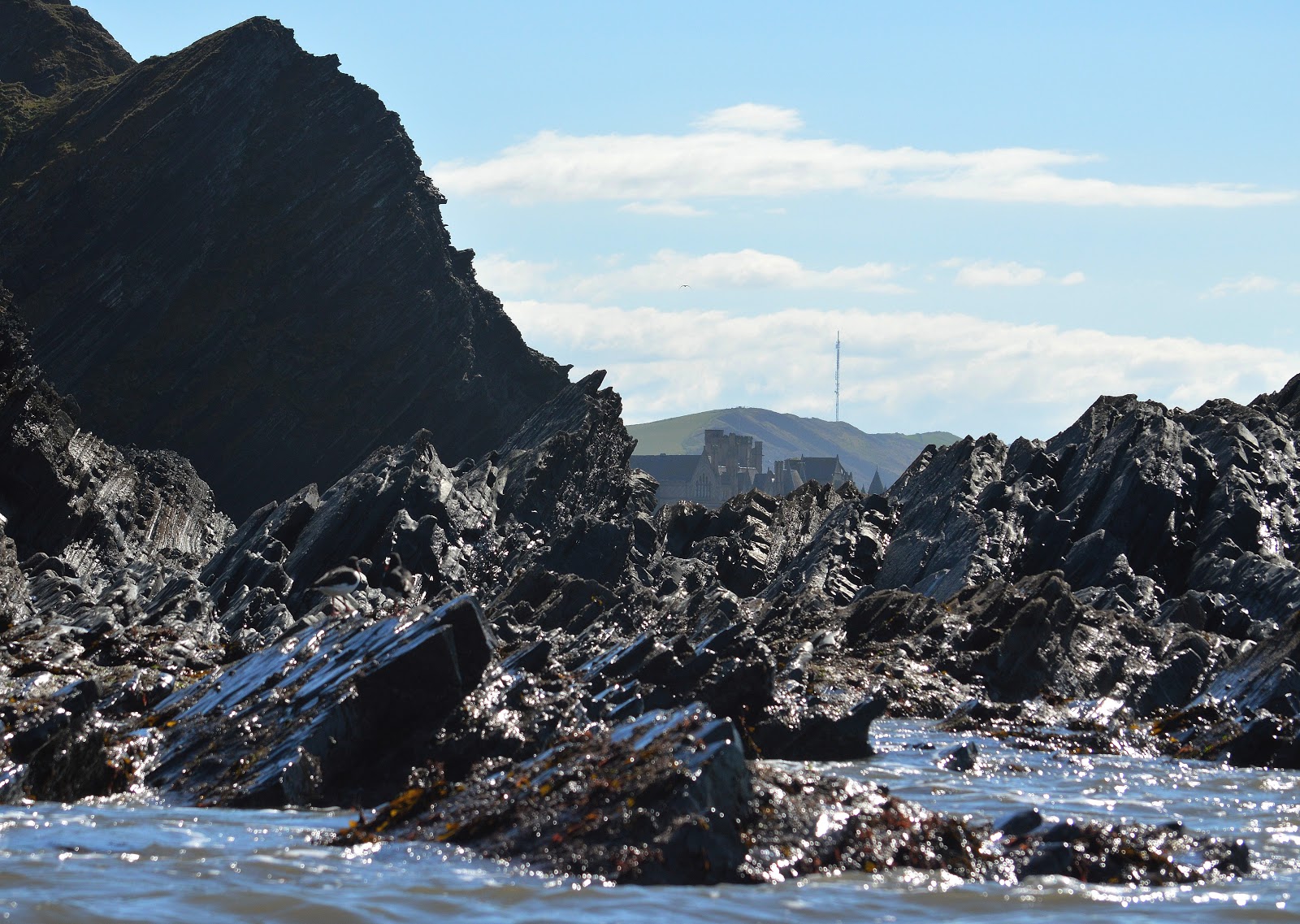 Other than those couple of boat trips I've mainly been holed up indoors, reading and writing. Fortunately, the room I work from in Birmingham backs on to several miles of forest (stretching across Cadbury land to a couple of reserves - Beacon Wood and Chadwick Wood - which are full of buzzards, sparrowhawks, owls and kingfishers). 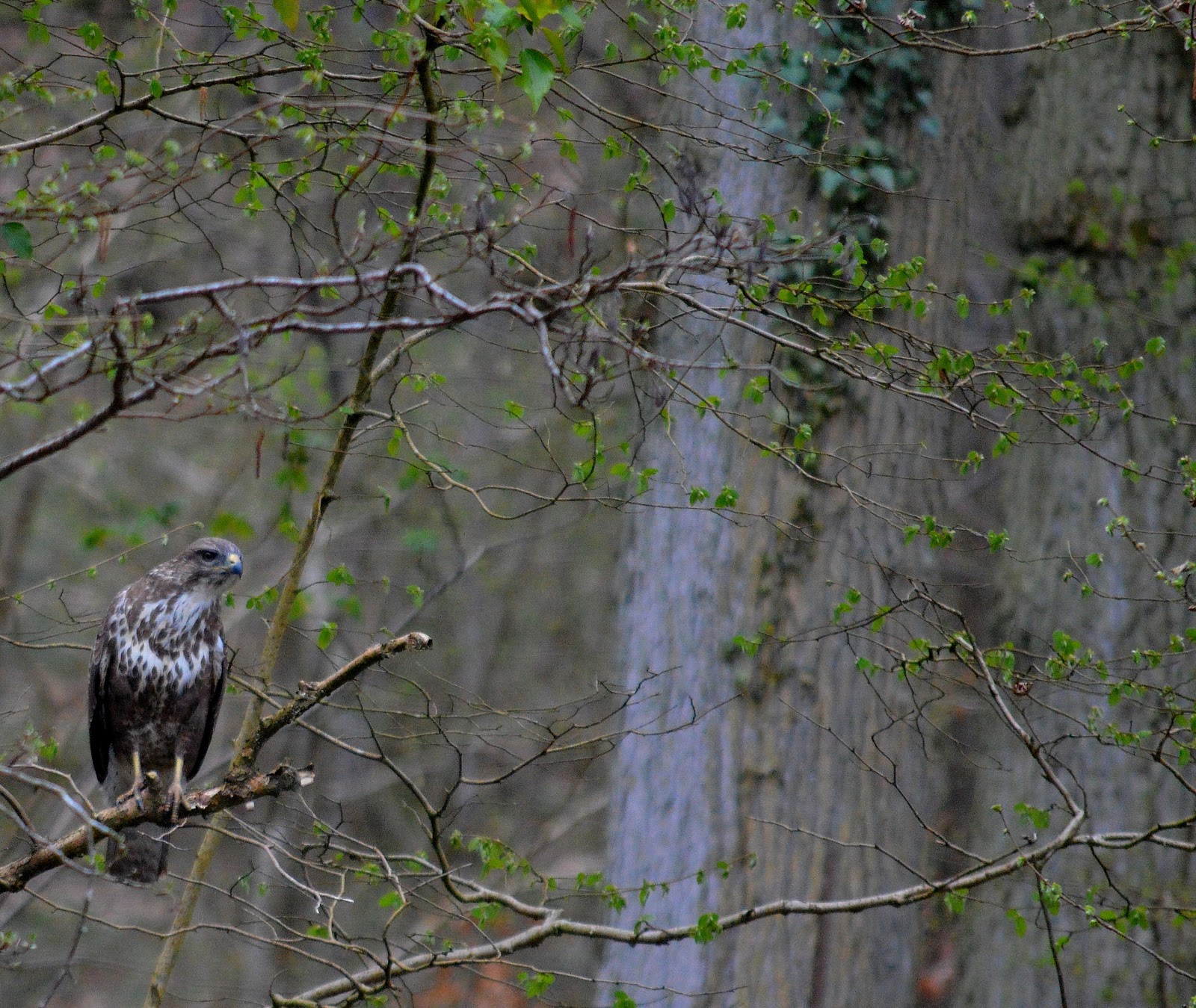 This stretch of forest is where I've tried (though not hard enough) to sustain my usual rule that at least one night a month be spent outdoors without a tent (that's what I'll be doing tonight, and it's why my waterproof sleeping bag is among my most treasured possessions).

Even indoors, spring from the study window has brought blackcaps and chiff chaffs to join the usual bullfinches, treecreepers, nuthatches, woodpeckers etc. These pics are all from inside the house, although they were taken over quite a stretch of time: 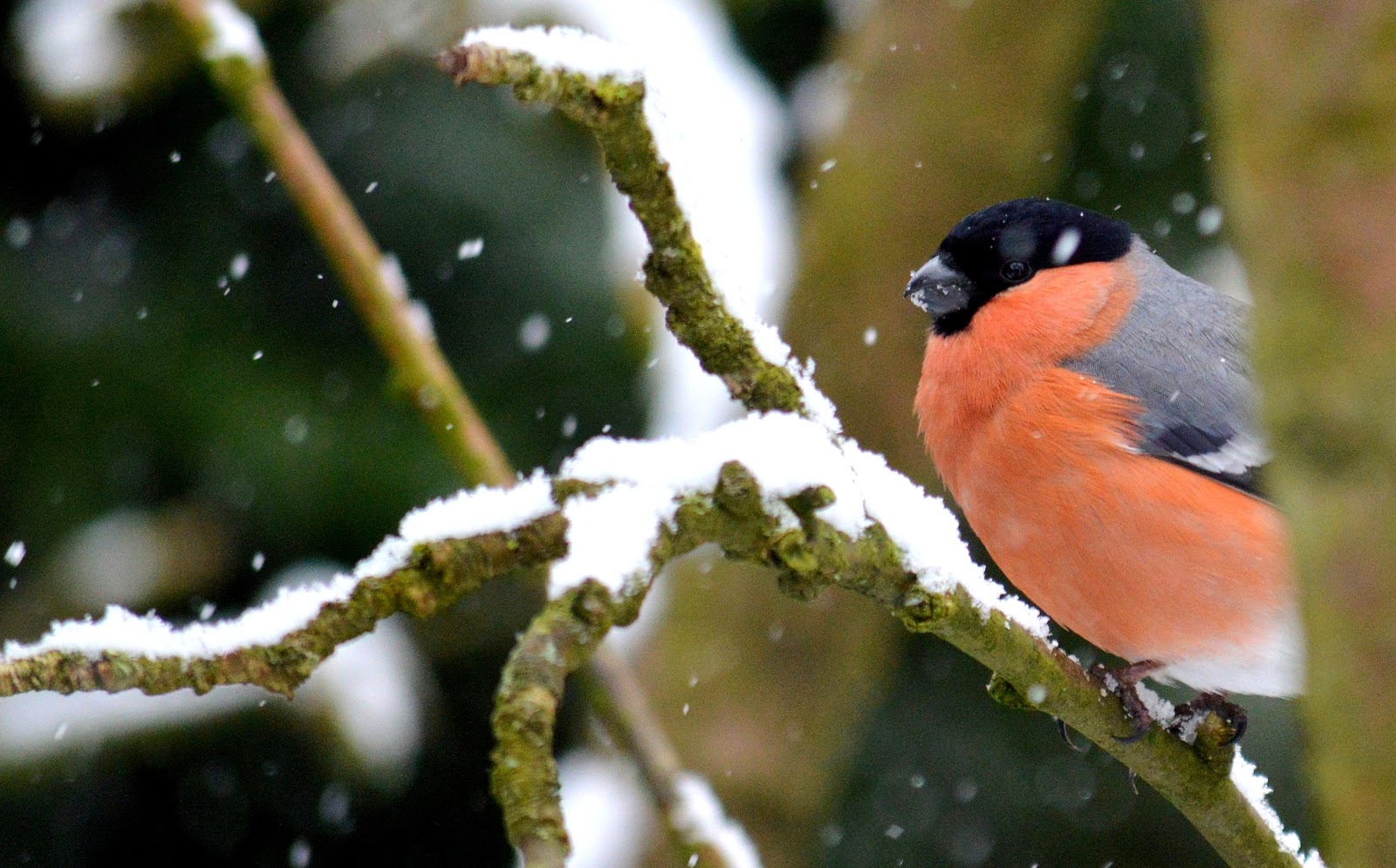 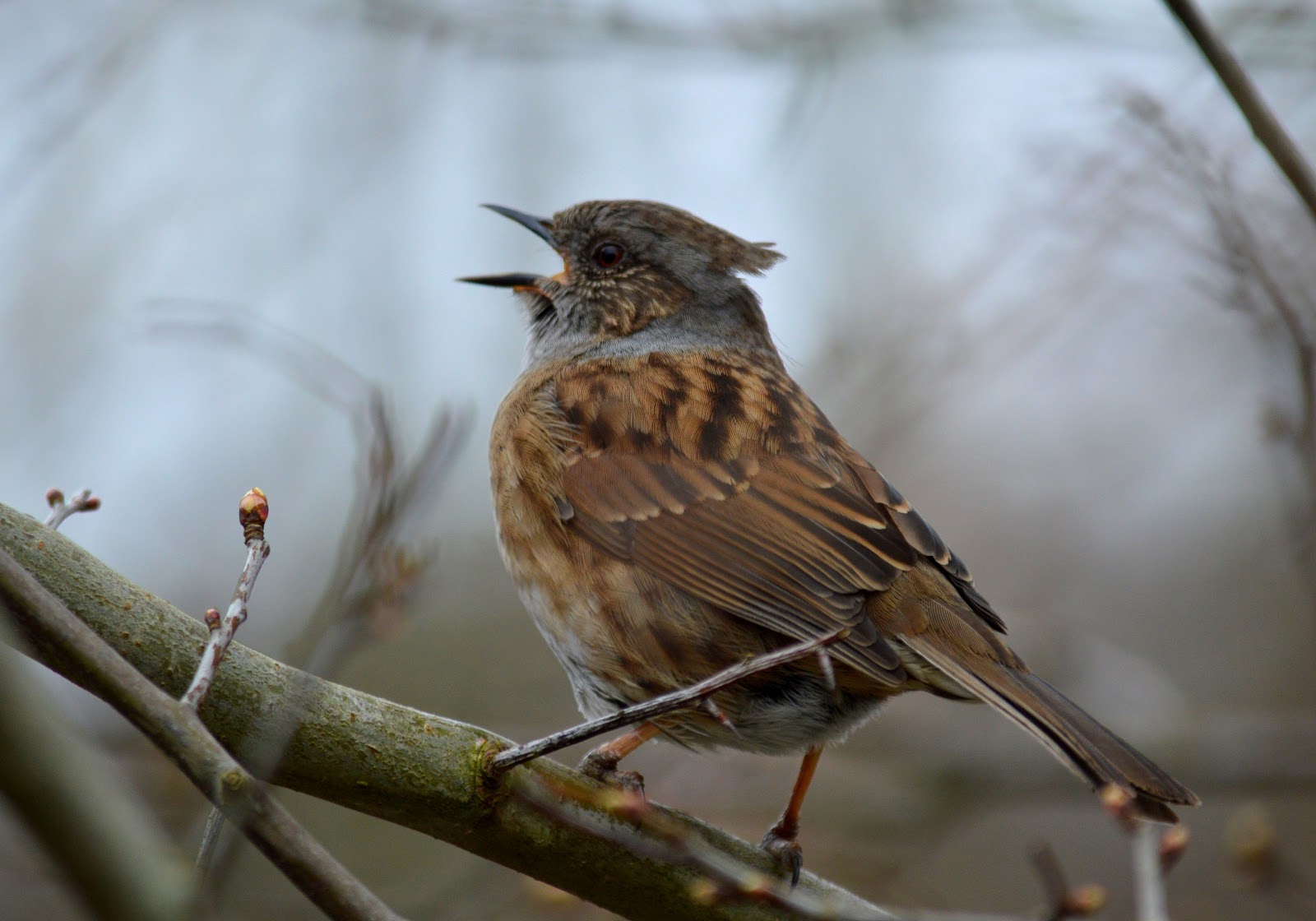 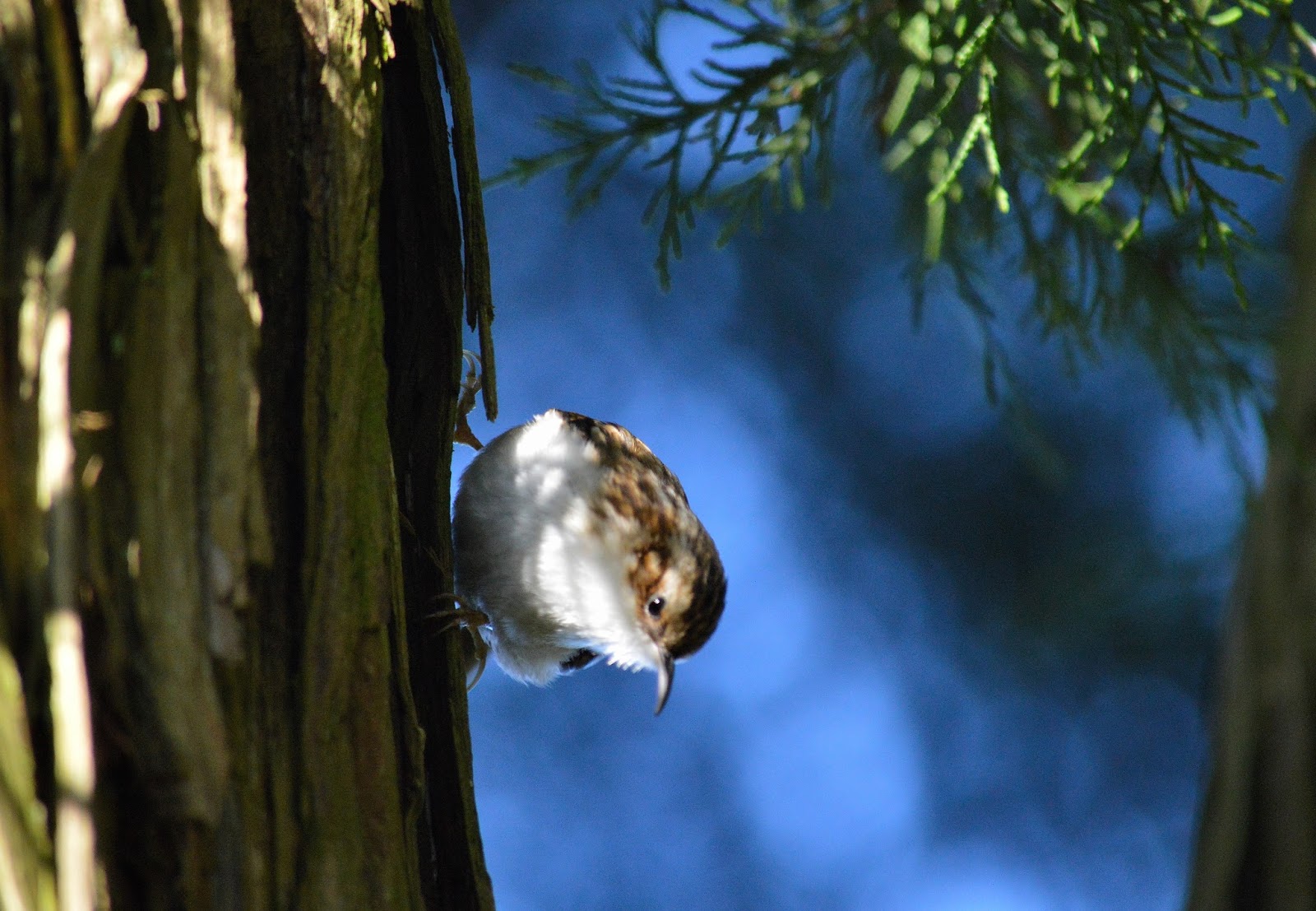 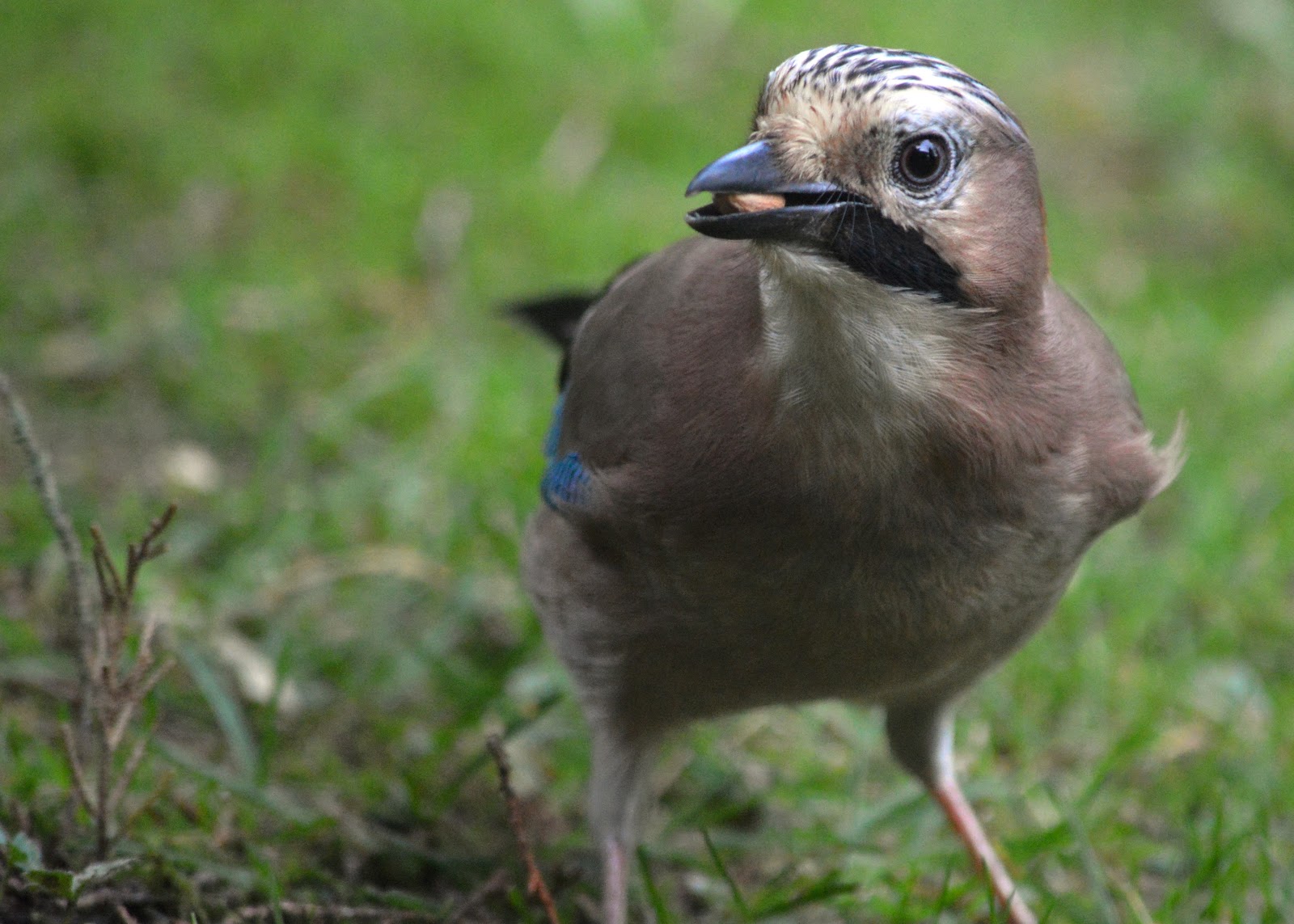 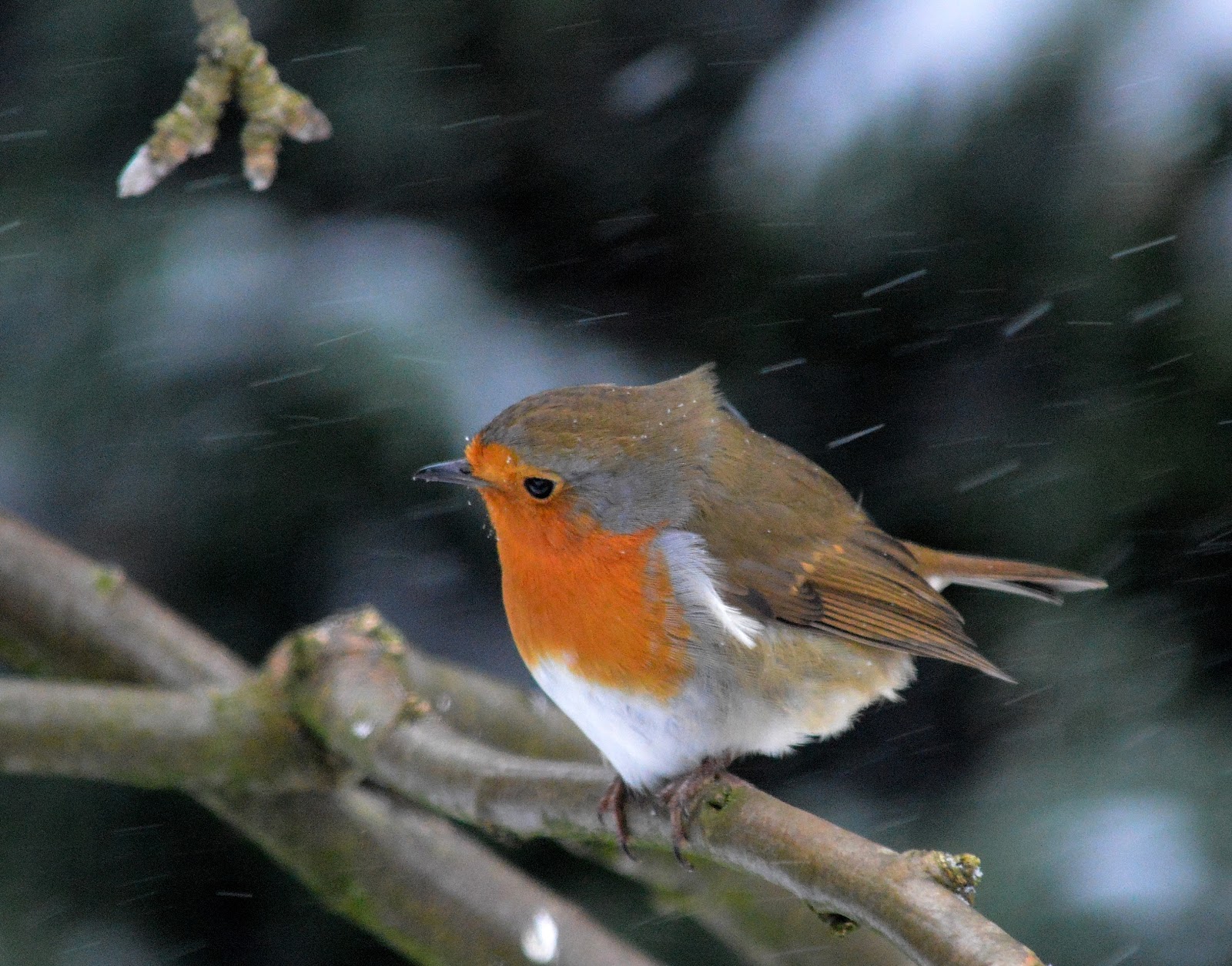 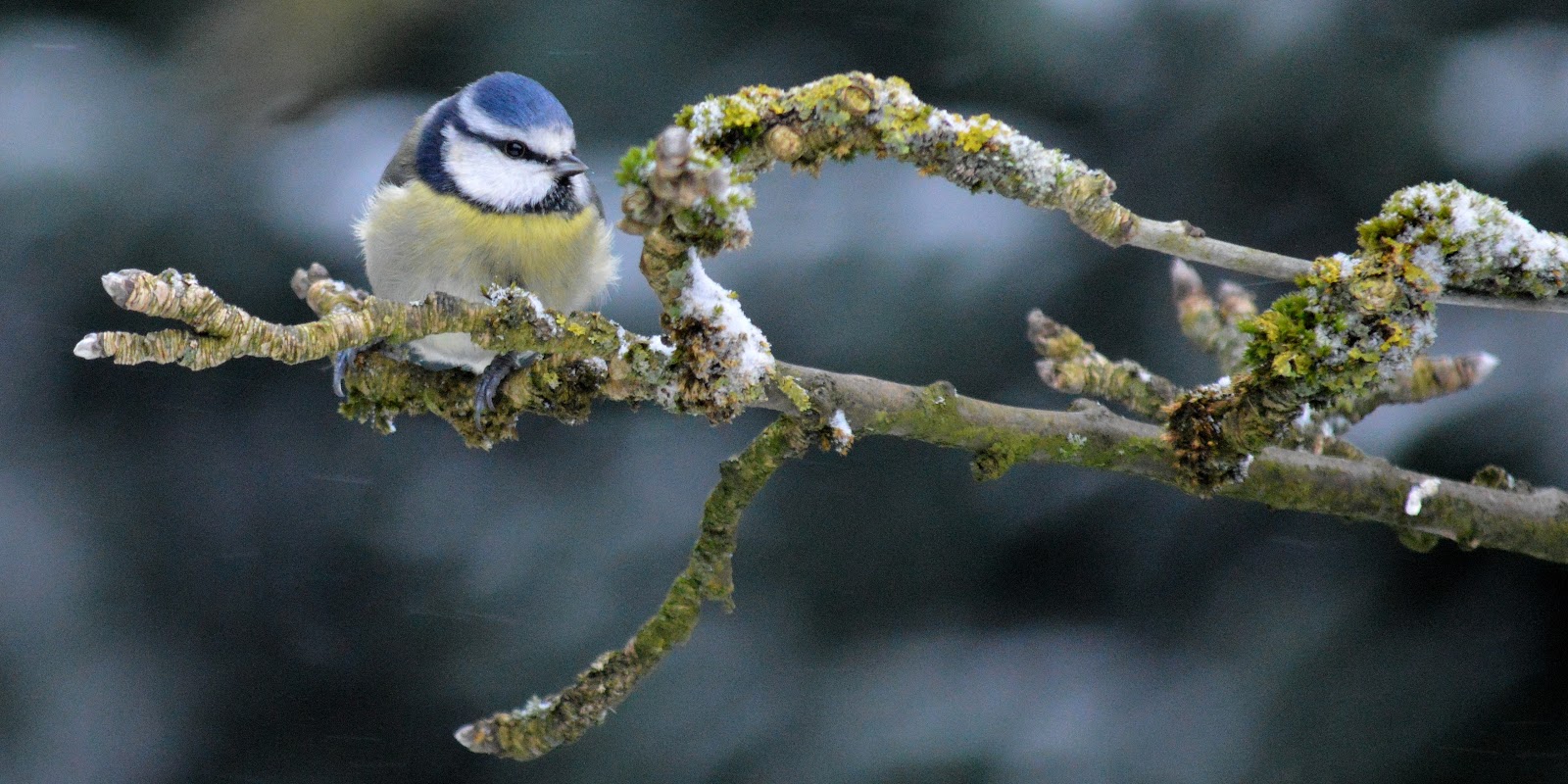 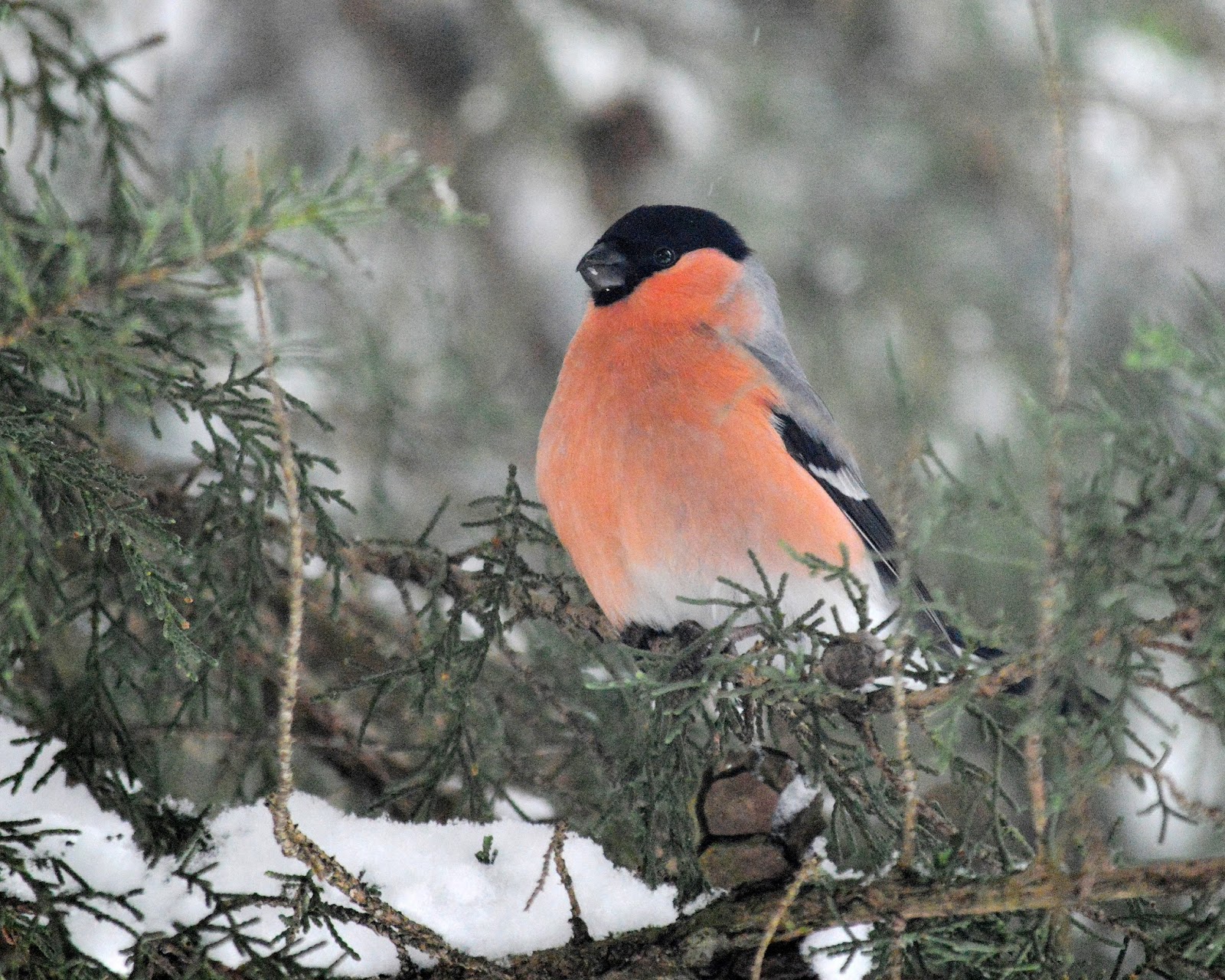 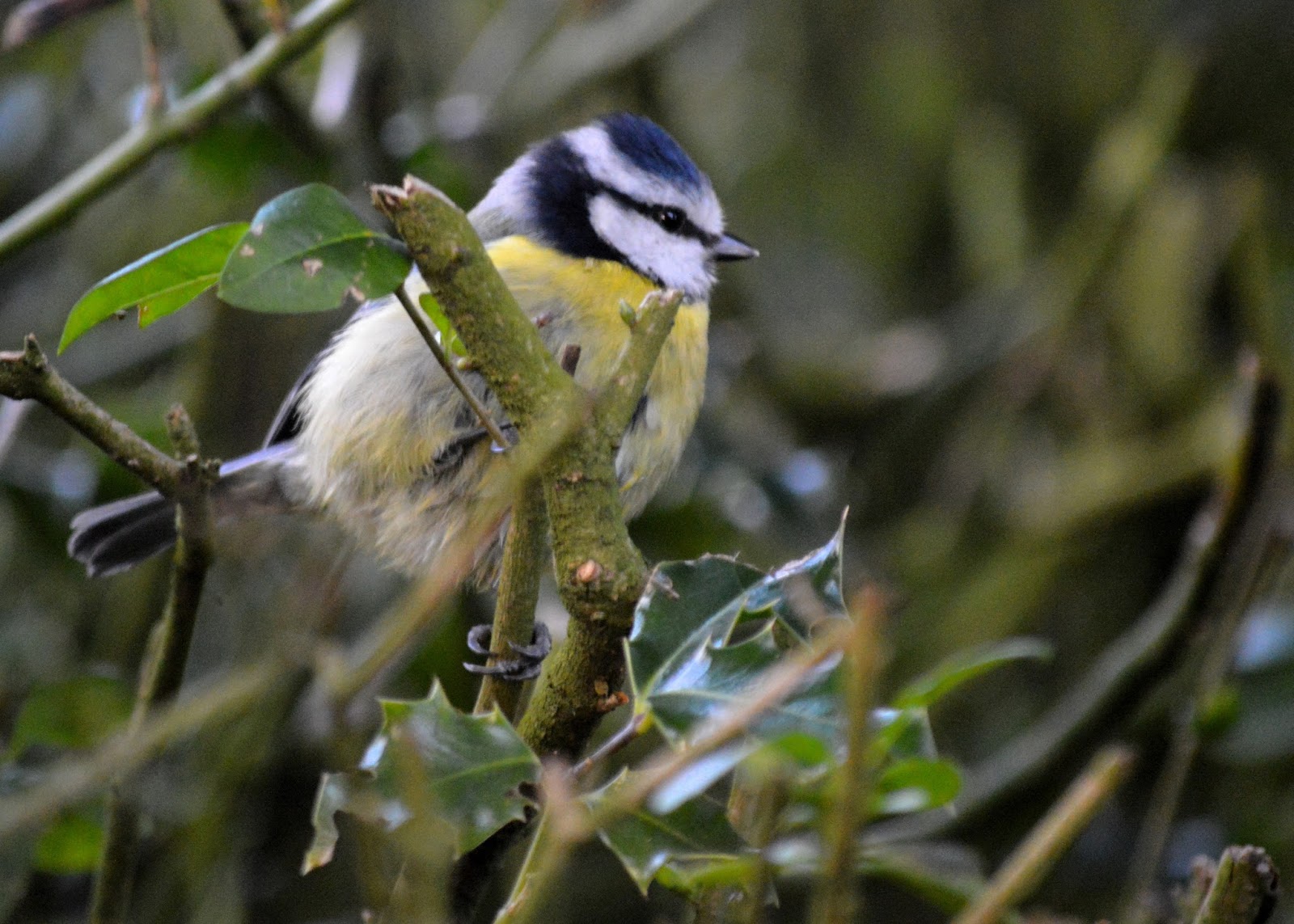 The depth of uninterrupted forest behind also means there are plenty of animals around. Deer, foxes and badgers can be photographed from the desk: 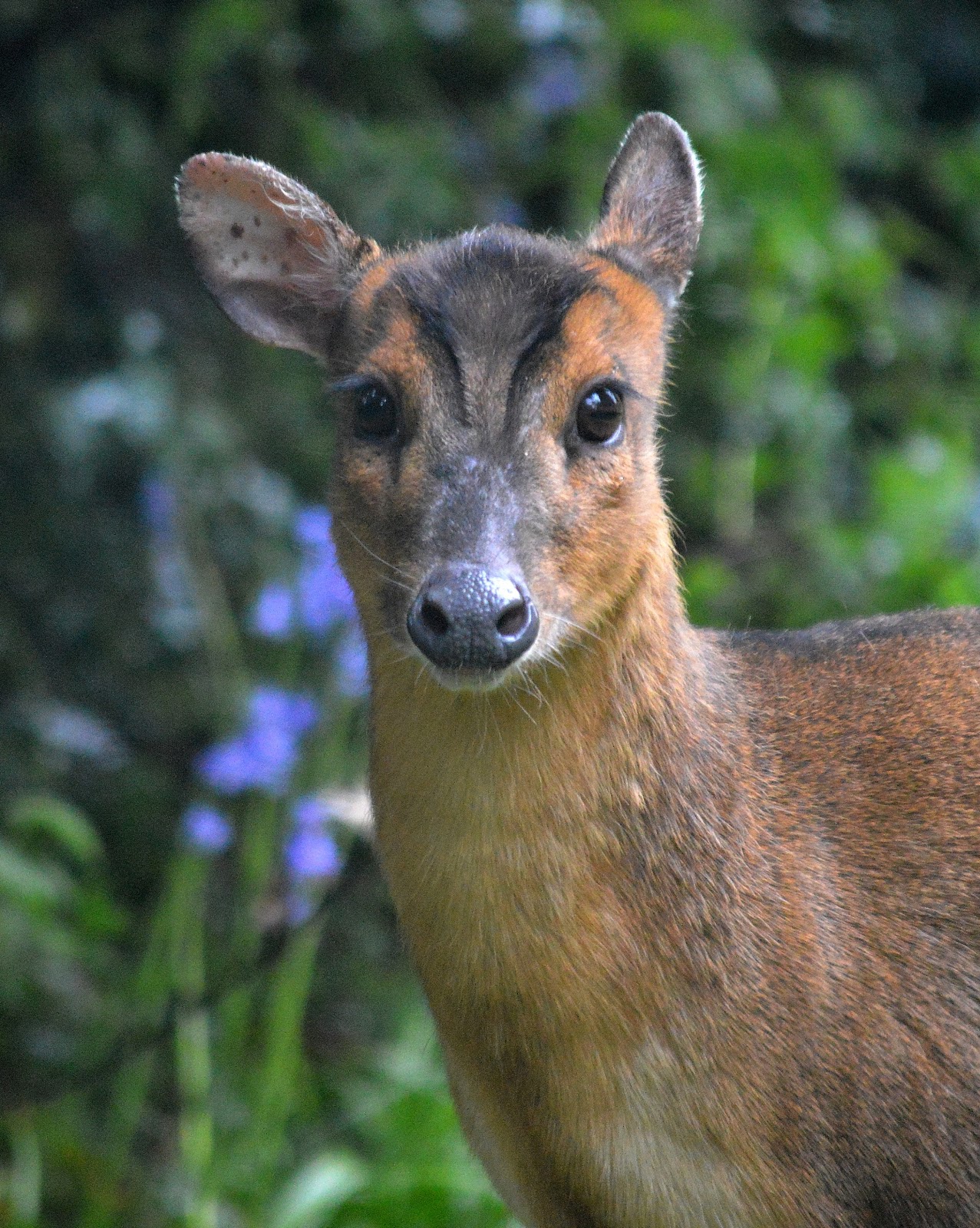 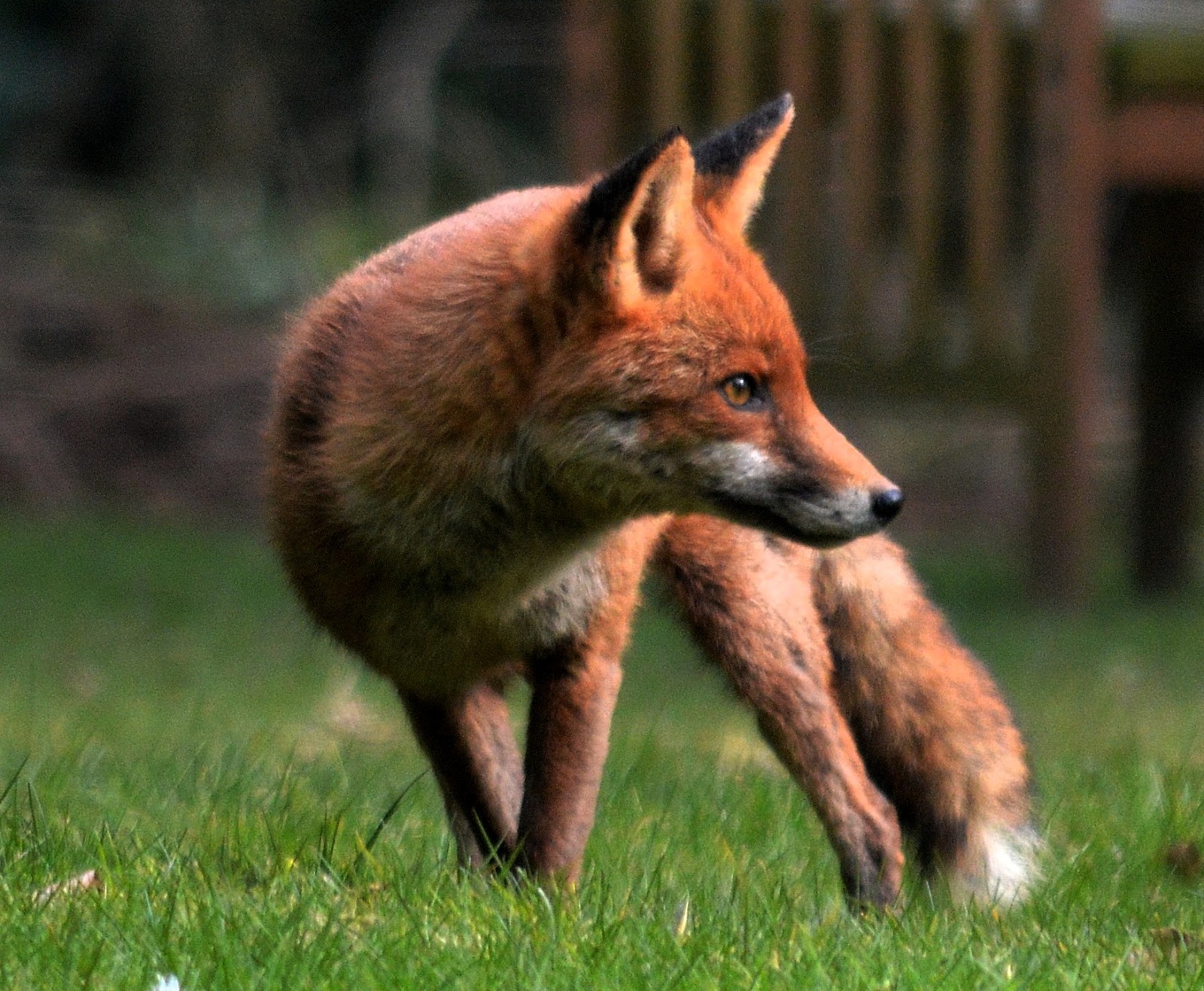 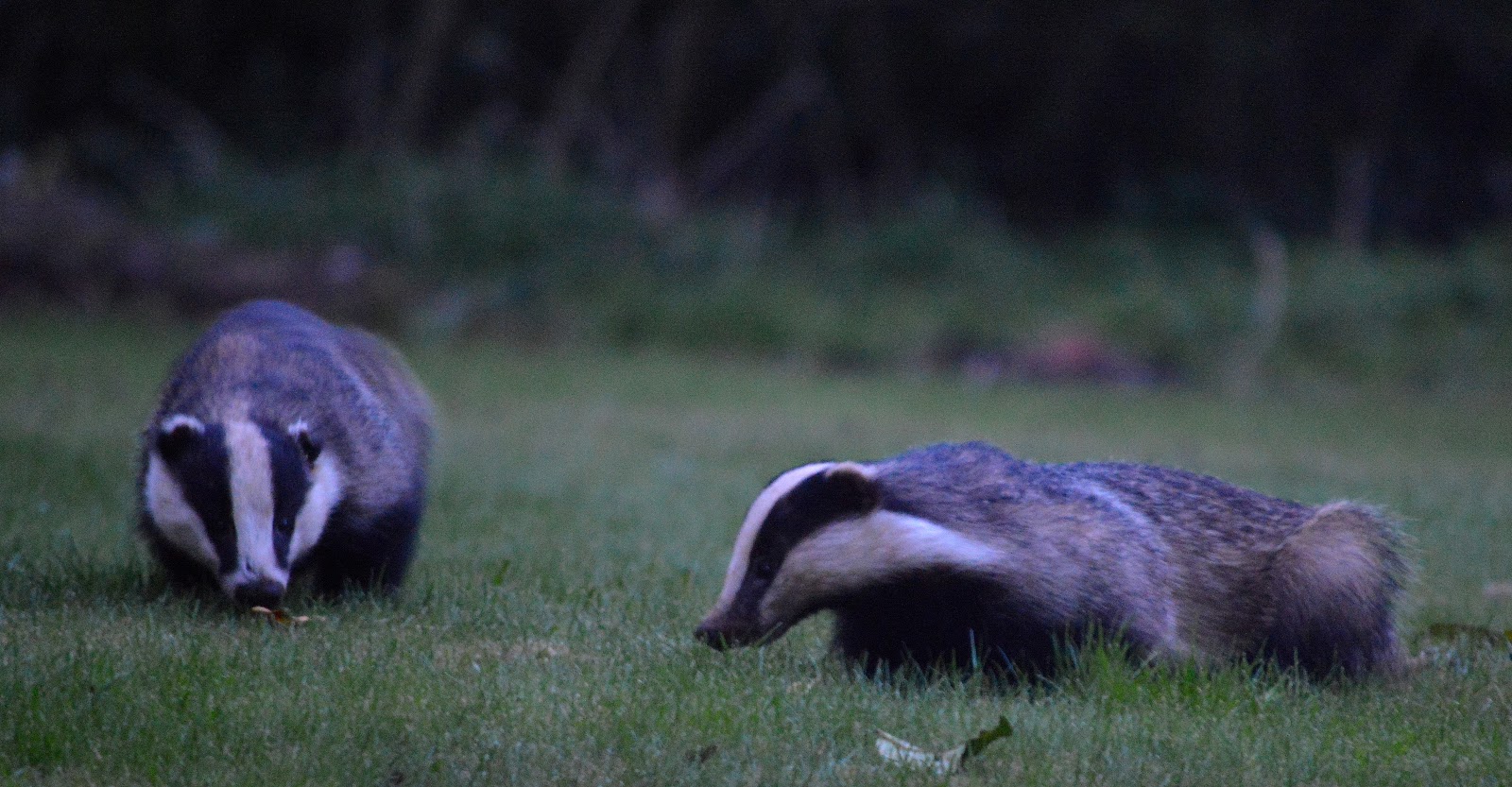 (The badgers are surprisingly agile if you put the remnants of a roast dinner up a tree...)
It's been great to see butterflies reappear over the last few days too (though we'll have to wait a little longer for the flowers these were on last year): 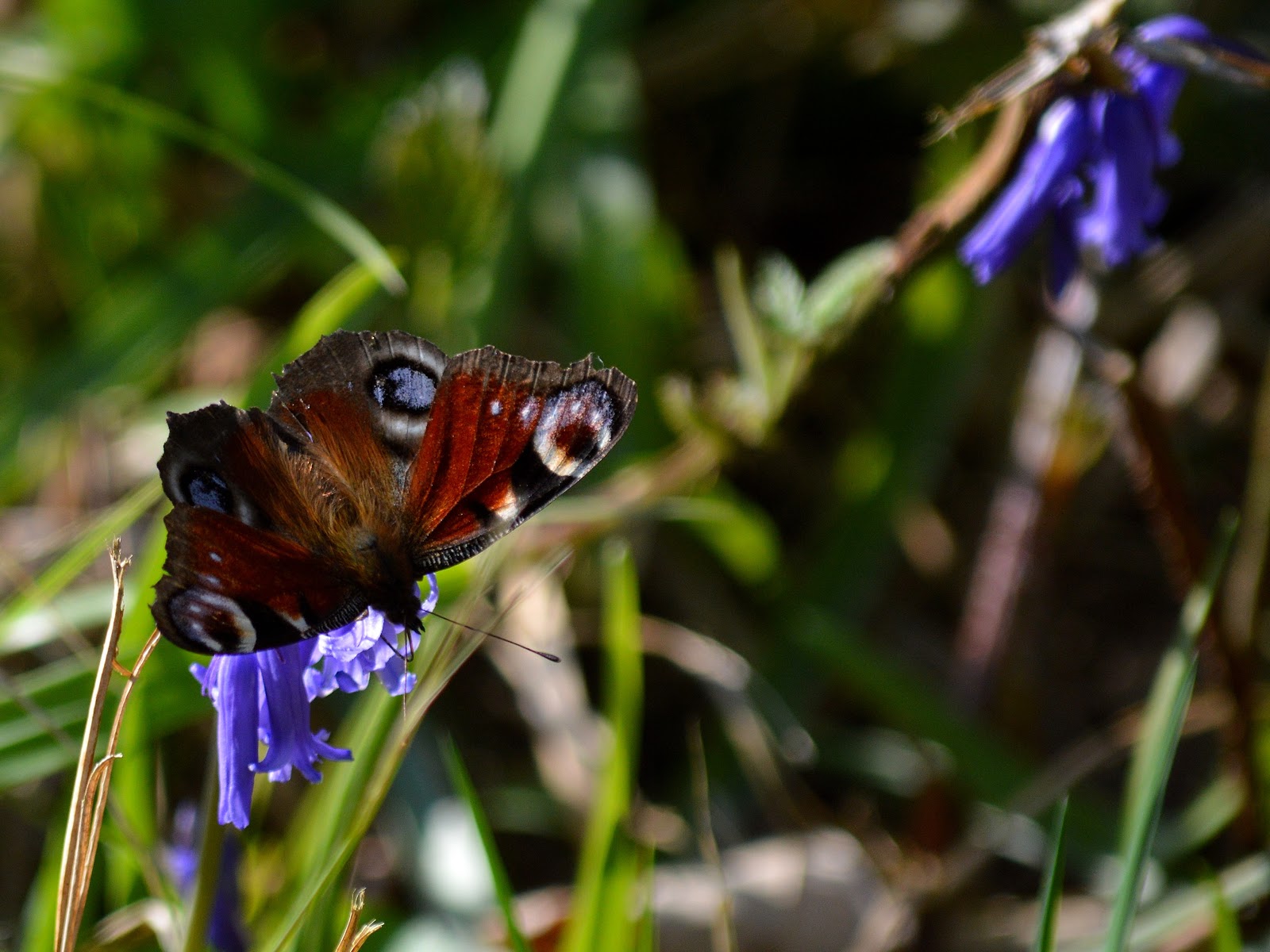 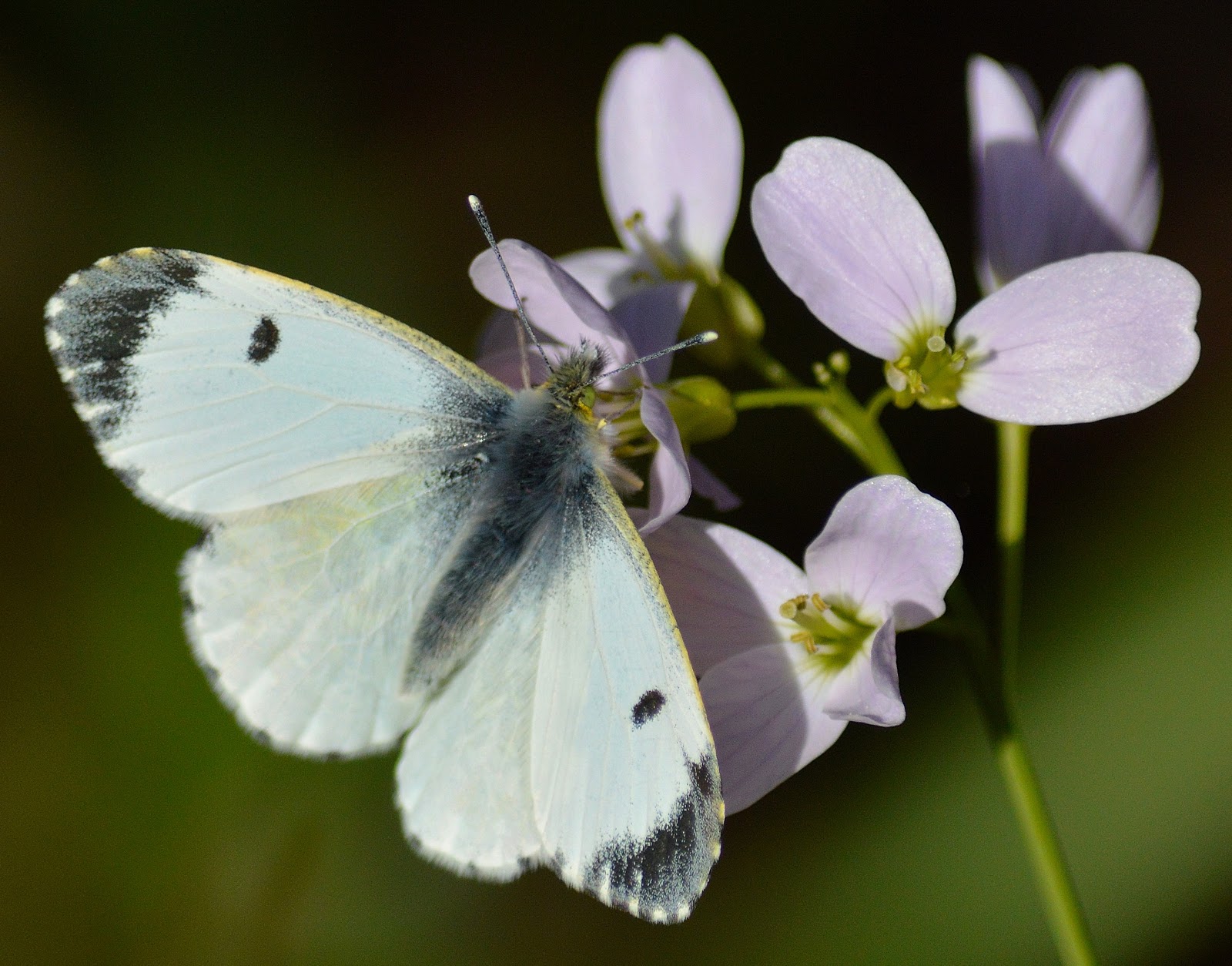 This workspace does something to reduce the urgency of escapes into real wilds. But it doesn't prevent the need to keep part of my head in mountain, coast & river by whatever means possible.

Recently my work as a historian has begun to involve studying conceptions of time - the various rhythms in which individual and social life takes place - and this has given me an excuse to read more in the environmental humanities, thinking not just about people as members of social groups but in relation to the natural world too. There's lots of great work going in this field, and it relates closely enough to the ongoing boom in best-selling nature writing for me to have an excuse to read that too. From John Lister-Kaye's Gods of the Morning: A Bird's Eye View of a Highland Year to Matthew Kelly's forthcoming Quartz and Feldspar: Dartmoor, a British Landscape in Modern Times fantastic writing covering the length and breadth of Britain is appearing all the time. I've even been thinking up plans for what I'd write if I were going to contribute: it might be a short biographical study of James Fisher, the naturalist who made (some) sense of the weird mysteries of the fulmar and wrote the first monograph in the new naturalist series. 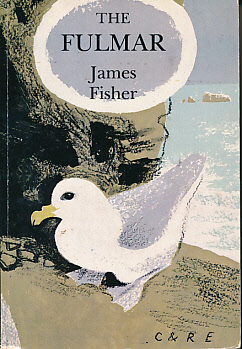 It'll never get written (I'd love to see someone else write it though).

One thing I love about teaching at Birmingham is the freedom they give me to teach my interests. So mountaincoastriver has gradually intruded into a few courses. My eighteenth-/nineteenth-century culture courses feature plenty of MacPherson's Ossian, Walter Scott, Iolo Morganwg & the invention of modern Celticisms as well as the Moine thrust & the history of geology. Among this year's group of exceptionally wonderful dissertation students there's someone working on selkie myths in modern Britain (a great excuse to reread David Thomson's classic The People of the Sea). And it's been great to teach with a historian of twentieth-century Britain, Matt Houlbrook, who produced a superb reading list for a seminar we co-taught on St Kilda on film. Here's a shortened & compressed version (the original is three pages long), made fuzzy by my attempt to convert it to jpeg: 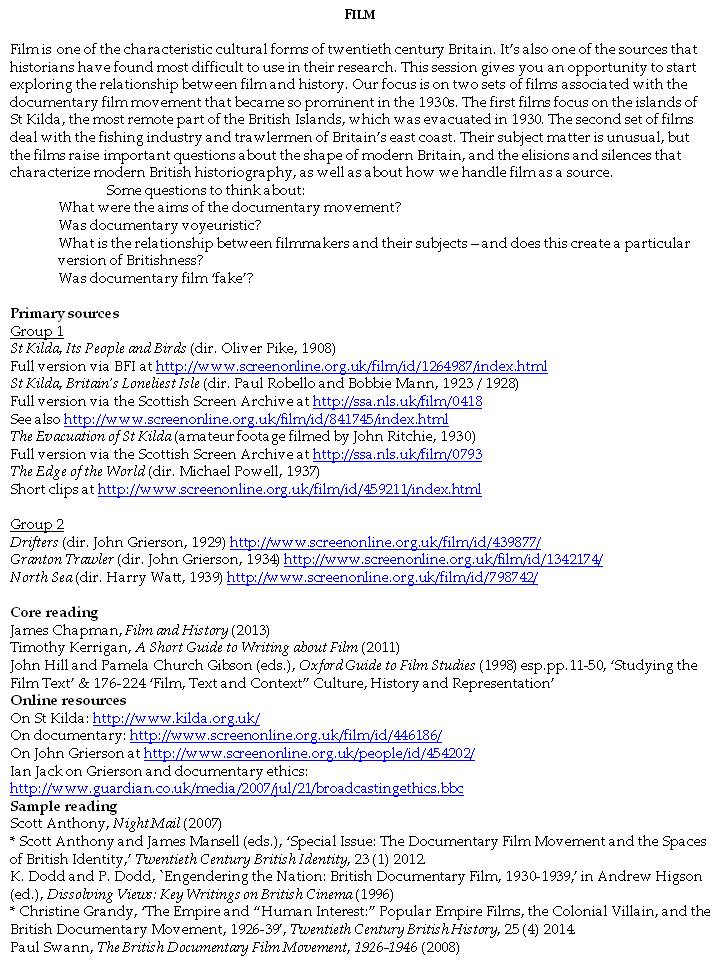 I've also written a week on 'animal histories' into my favourite course of all - History in Theory & Practice - for which I tried to persuade students to read Iain Crichton Smith's glorious 'Deer on the High Hills' alongside exploring the wonderful Reaktion Books 'Animal' series. Harriet Ritvo, Peter Boomgaard (on tigers), Timothy Mitchell (on mosquitoes) & Jason Hribal were also on the reading list to introduce ideas of 'animal agency'. With exams looming, we'll soon see what the students made of it (it's always a great pleasure reading inventive HTP essays - mystifying that many consider marking an unalleviated drag).

One aspiration of this course is to help students feel like part of a historical community; to that end I set up a twitter feed (my first) for the module, https://twitter.com/HistoryinTnP. Before long, I'd started following lots of those people from the environmental humanities: I've been surprised at what a superb medium twitter is for discovering things and people. The outdoors findings have been torture (in reminding me that I'm not in the mountains/on the coast myself) but an extraordinary pleasure too. The first couple of outdoors twitter feeds I followed were from David Borthwick (a Glasgow literary scholar with a poetic picturesque line in tweeting) & Stephen Rutt. Rutt has taken a brief hiatus from academic life to live on North Ronaldsay in Orkney; his utterly inspirational blog records his time there. The writer Rachel de Moravia & Rutt have begun a promising venture that, for the moment, exists only on twitter: https://twitter.com/NatureBookClub. Through twitter feeds like these I've discovered a host of things I wouldn't have otherwise, such as The Footing, Longbarrow Press, Dunlin Press and the blog of the poet Jen Hadfield whose superb work I'd been meaning to read for ages & (thanks to twitter) have finally been prodded to explore. Without twitter I never would have heard Melissa Harrison's Coleridge Lecture nor discovered that someone I know is planning a book on urban foxes. Until the next time I head north, the endless worlds of outdoors writing that social media opens up will help keep a tiny part of my head in the mountains while my body (dressed in Rab) is in air-conditioned rooms on campuses across two continents.

Time to raise a toast (a glass of Whiskebeest from the Wild Beer Co) to the outdoors twitterati!! 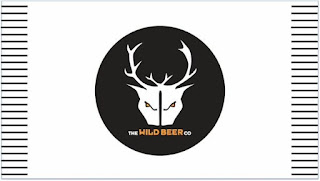 But time, too, to toast the surprisingly wild city of Birmingham.
Posted by mountaincoastriver