I was left alone for the last few days of this trip, so did some walking as well as kayaking. I decided to spend a night on top of one of Britain's most characterful small mountains, Stac Pollaidh. This was partly because Pollaidh is a great vantage point to see lots of the places we'd explored over the last few days.

I headed up just before sundown, on an evening with patches of cloud that made for dramatic lighting, with some of that unique Assynt character that seems impossible for anyone but Joe Cornish to truly capture on camera. 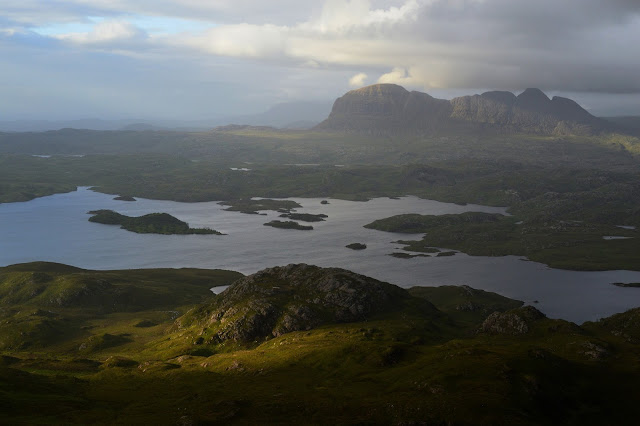 Pollaidh has a long saw-tooth ridge that's great to scramble across, then there are some nice grassy spots on the western end. Many people who climb Pollaidh (and lots do, since it's very near the Achiltibuie road) don't get up onto these Western extremities because reaching them required a manouvre up a rock face that can be tricky in slippery conditions.  This is by far the best section of the mountain though, so I put my bivi bag down here for the night: 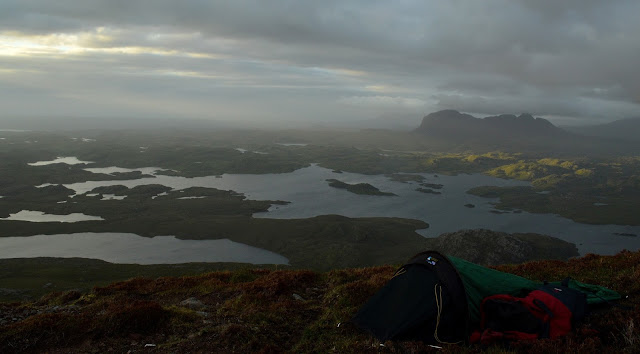 There were great views over the Assynt mountains in one direction, and up and down a long stretch of coast in the other: 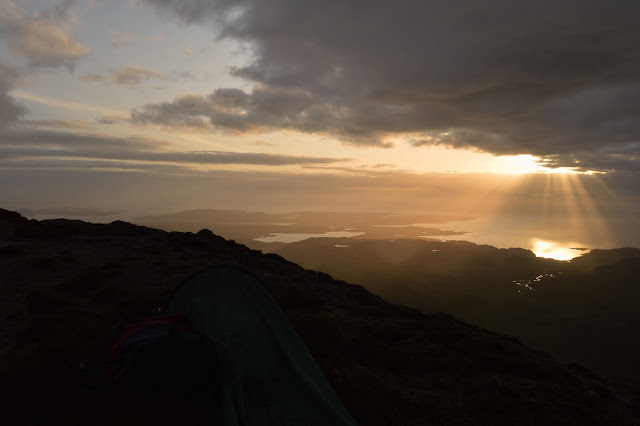 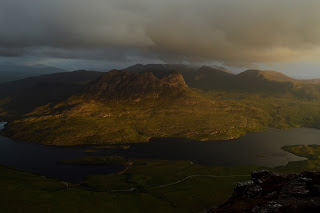 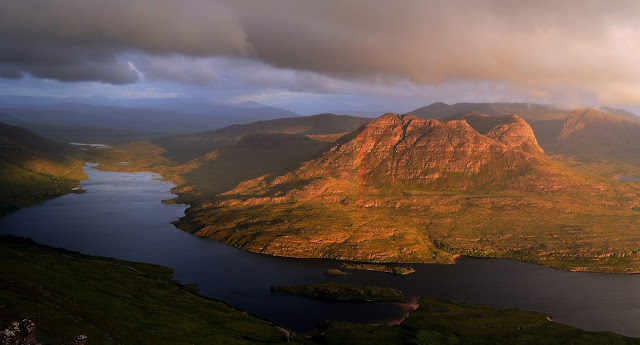 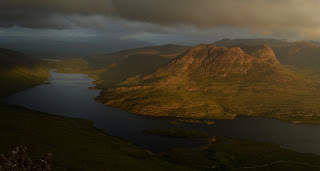 The lighting was superb and I had plenty of time here to experiment with apertures and shutter speeds, beginning to work out how to take landscapes with the new camera. 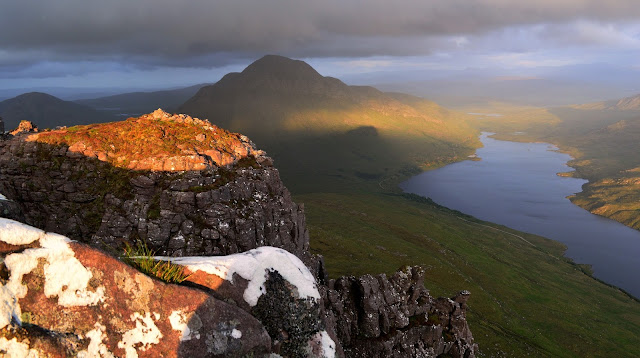 For most of the evening, Cul Mor was veiled in cloud but everything else remained clear. 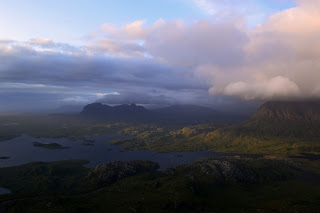 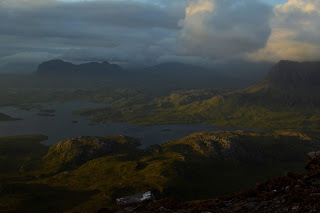 The moon above Benn an Eoin and Ben Mor Coigach looked quite atmospheric too: 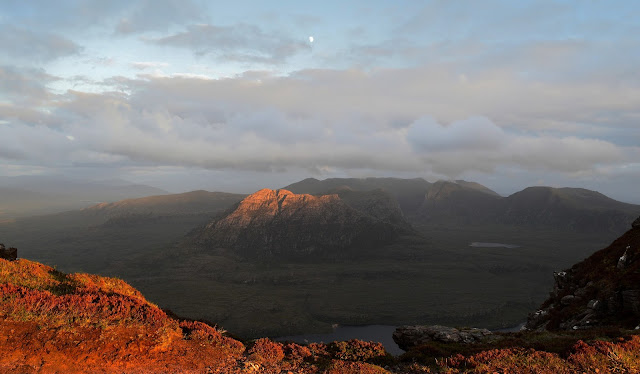 And shafts of sunlight across Suilven and Cul Mor made for great effects: 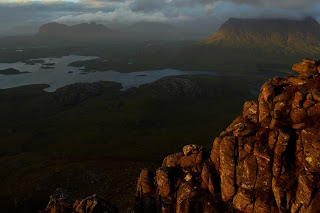 At the points when the cloud on Cul Mor threatened to clear, it became obvious that this would be a really superb mountain to get up at some point soon: 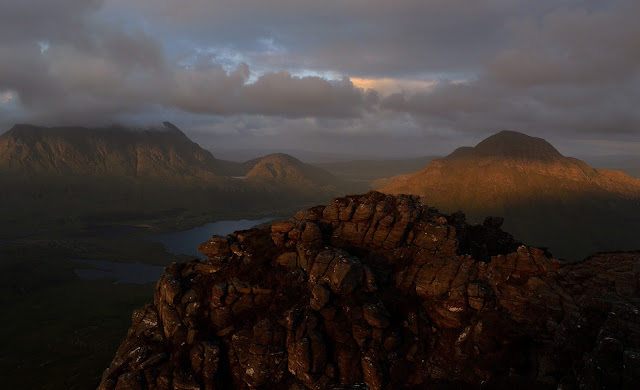 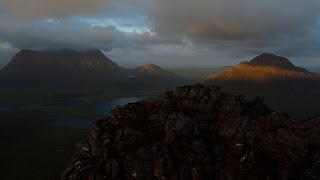 But the views over the coast were as impressive as those over the mountains. The island in the centre of this frame is where the mussels being eaten at the beginning of post 1 came from.

And these islands are Tanera Mor and Tanera Beg that we'd been paddling round a few times over the last few days: 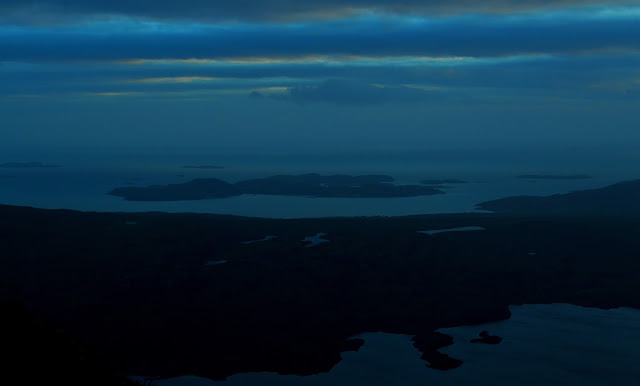 Eventually, Ben Mor Coigach succumbed to the cloud too, but Pollaidh, too modest to be noticed, remained clear. This was a very exposed camp, I was only carrying minimal gear (eg no gloves, no sleeping bag), and there was some scrambling that can be quite tricky in strong winds to get back down, so I was glad that the winds never became really powerful. The sky became increasingly clear during the night - constellations standing out fantastically.
Posted by mountaincoastriver