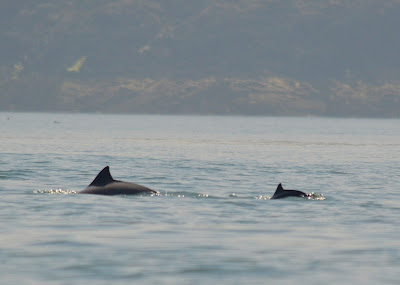 This was a fairweather trip to the most northerly point of Wales: a small island north of Anglesey. It was another venture that required careful timing: the east/west tides are too strong to paddle against (at least without discomfort) so we had to make sure we were always moving with them. The island is home to hundreds of guillemots and lots of seals, and the waters around it are patrolled by porpoises, gannets and shearwaters.
We paddled out from Cemaes Bay past three very playful kestrels (one a chick)... 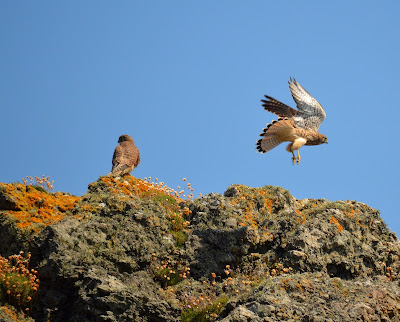 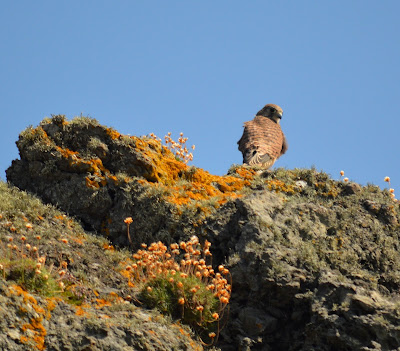 ...and made straight out to sea. The trip out was like being on some kind of vast highway - gannets, shearwaters and guillemots passing back and forth along the same line in large numbers. I've not often seen shearwaters at such close quarters, and the noises they make are a constant accompaniment to camping on many coastal cliffs so it was interesting to see them pass close by the boat: 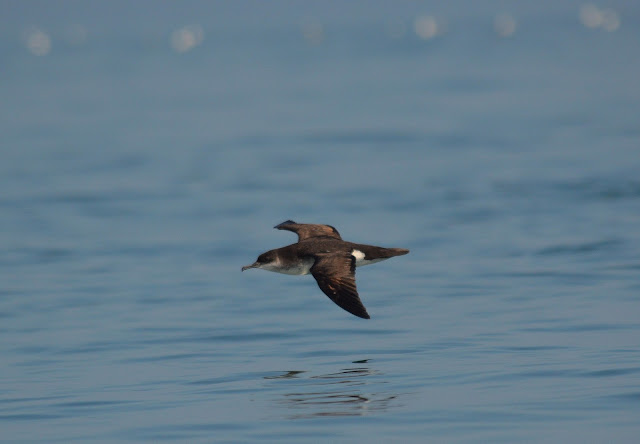 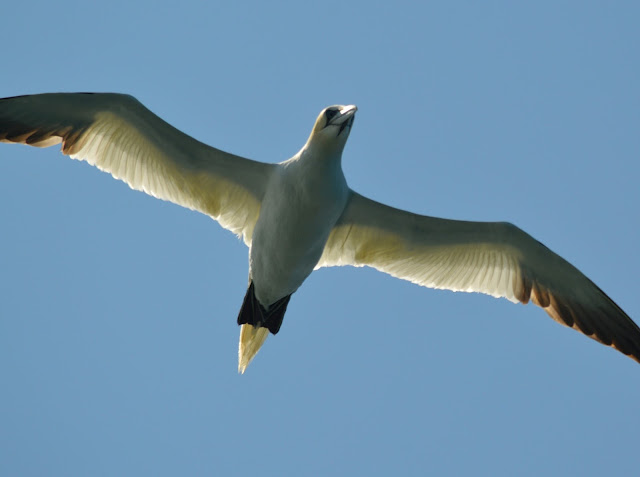 Much of the island is swathed in enormous amounts of guano, making it look like a marble slab in the sea. There are guillemots everywhere, some of them showing off that strange golden inner-beak they and razorbills share. 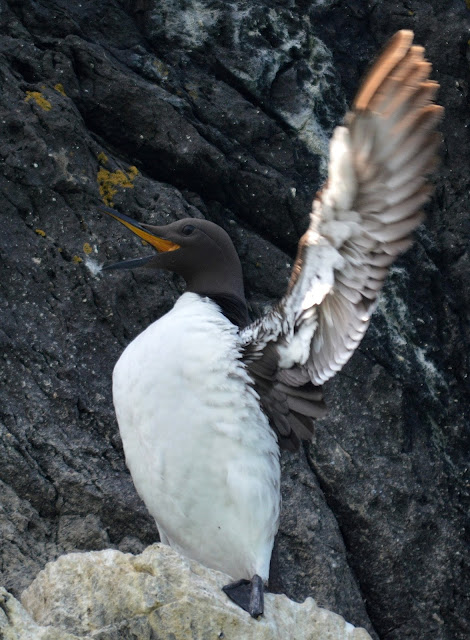 We travelled up the west side of the island, past tidal rocks populated by seals. 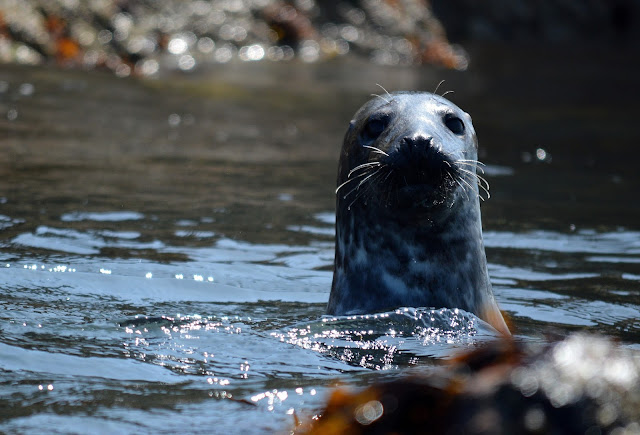 Then we paddled down the other side, towards the face with the most guillemots. This cliff was really spectacular: thousands of guillemots, including chicks huddling against the rock, while others flew in and out with food. 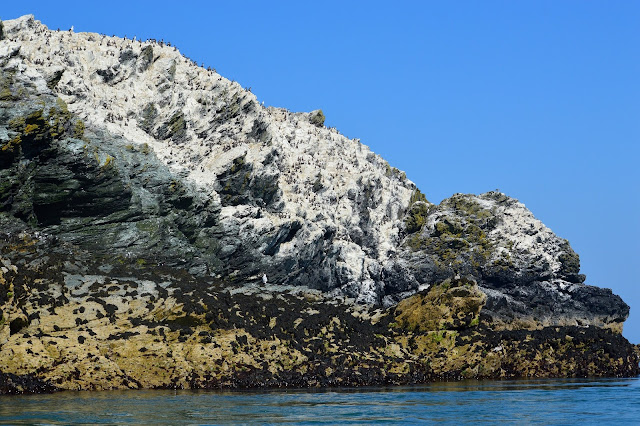 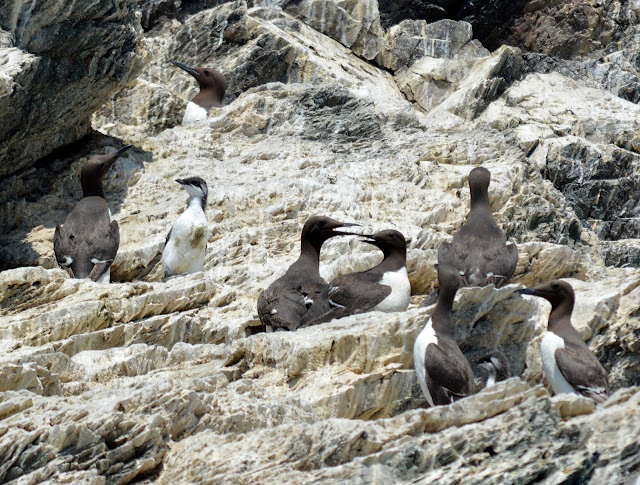 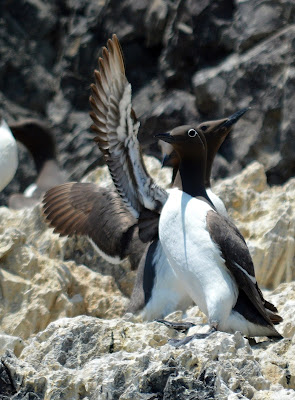 At this point we spotted a small pod of porpoises, including a calf. We followed them, at a good distance, back round the island then past the seals and out to sea a little way. They were very difficult to photograph but we did manage one or two. 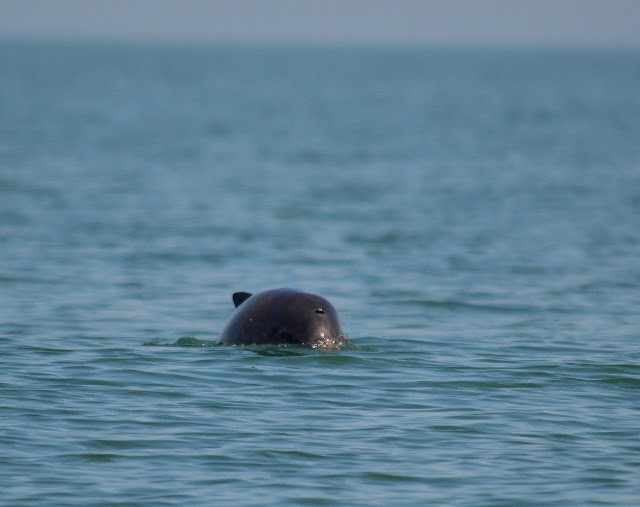 From here we passed once more round the island then headed east towards a different part of the mainland. Keeping the right line was quite difficult in the strong currents, especially because we kept having to stop for photos 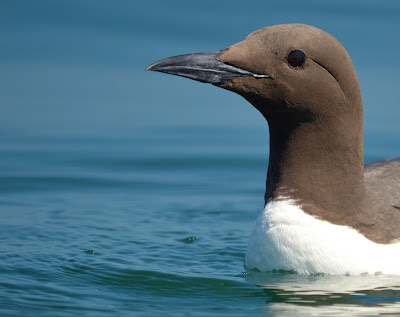 but we eventually made it into a cove which houses a spectacular second-world-war brick works that merited exploring. 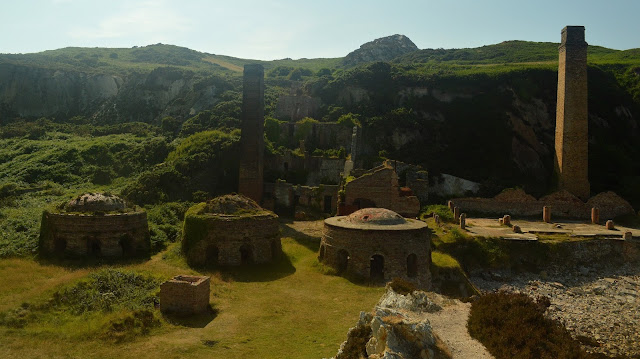 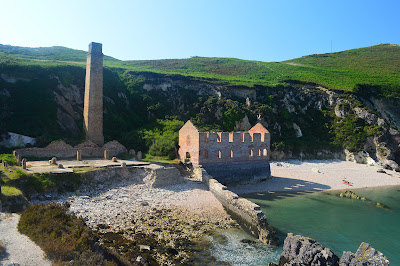 Unfortunately, I then overinflated the boat for the return trip and we limped back with a puncture. There were more porpoises along this stretch but we didn't have chance to stop much to watch them. At this point we decided it was time to buy a solid boat, especially because I had some prize money to spend. Taking the advice we'd originally got before getting hold of the ZPro as a 'test boat', we went for a Perception Prodigy Tandem: faster, easier to handle and able to take much messier waters...
Posted by mountaincoastriver