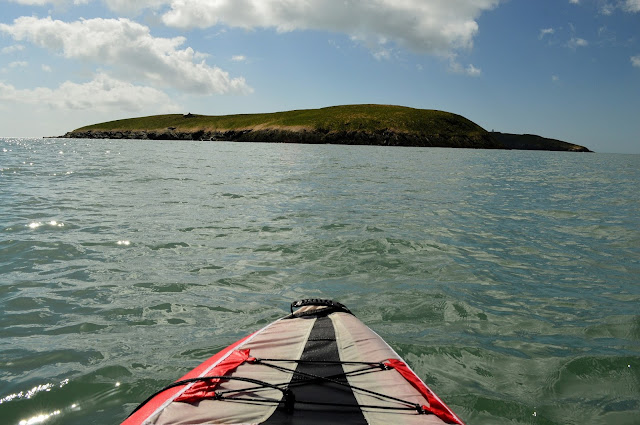 The first sea trip of the summer, this was a visit to a pair of small Welsh islands, one of which is owned by Bear Grylls.
I drove down from Birmingham to set out from Abersoch by about 10 o'clock. At this time of year, before tourists arrive in their droves, the sea is really quiet, with plenty of birds that are usually more secretive just hanging around on rocks and buoys: 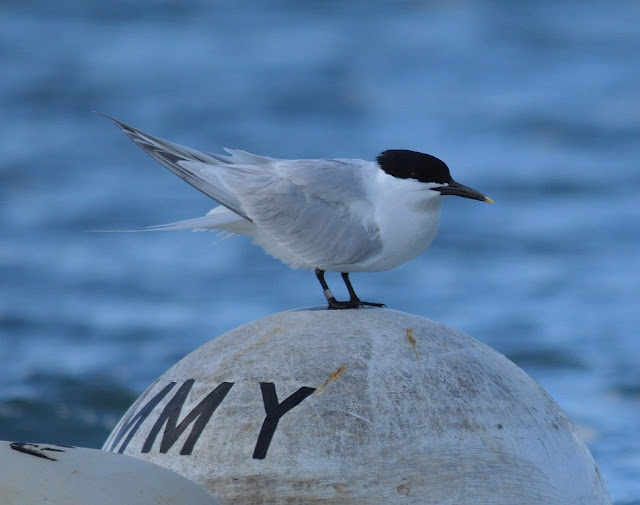 The paddle out to these islands is very straightforward and doesn't take more than an hour, even when done at a leisurely pace. Soon, there are great views of the islands' sparse structures, such as the lighthouse: 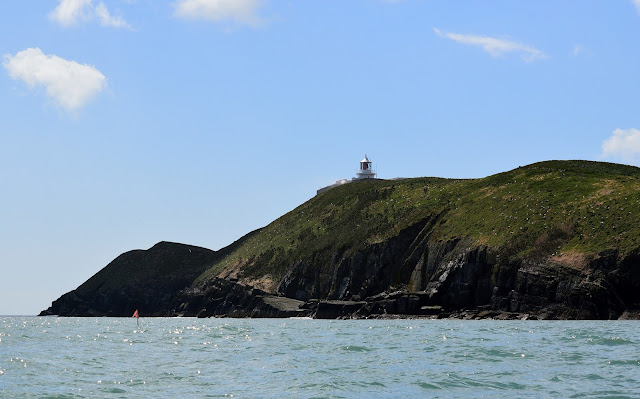 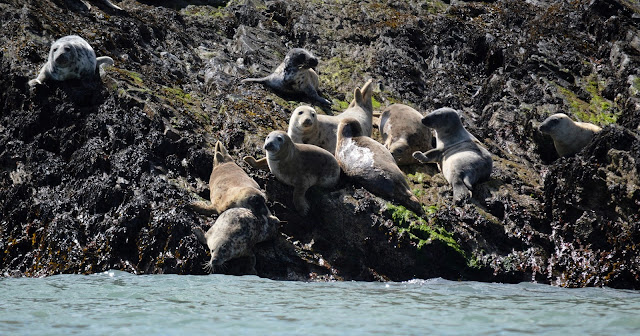 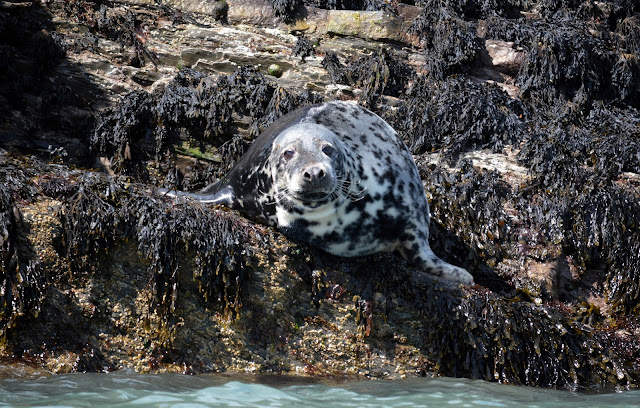 Heading between the islands, there are large numbers of kittiwakes: 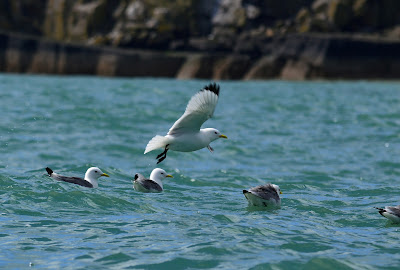 and oystercatchers on the rocks: 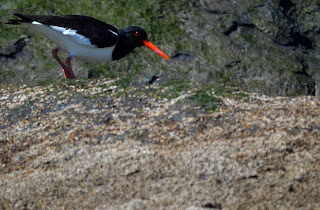 The far side of the larger island contains some great caves which would have been wonderful to paddle around on a day when the sea was flatter. 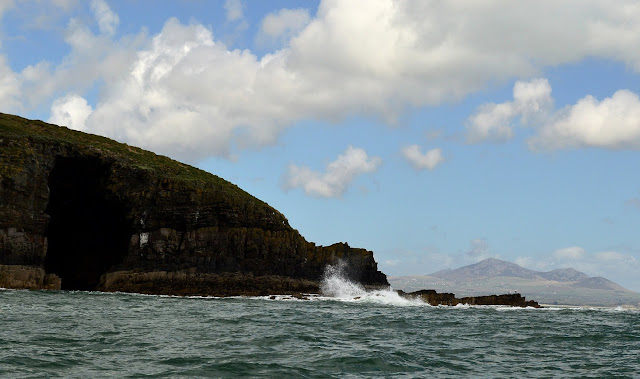 These are picturesque islands that are very easy to circumnavigate with no tidal issues to speak of. I wouldn't want to do this any later in the summer because the area becomes a pleasure boater's playground, being just off the coast from that blight on the Llyn Peninsular, Abersoch. But in April it made for a wonderful, peaceful day out.
Posted by mountaincoastriver