Not that Aran: Snowdonia, August 2012

It was just about possible to find time for a night in Snowdonia this August. And a fine night it was. Ardbeg Supernova, Robert Graves' The White Goddess and expansive views with clear skies above some unusual August ground fog. The route up onto the Aran range is surprisingly hard work for something Welsh - steep ascent followed by a long boggy ridge - but is well worth it.
The views towards England were across a plateau broken by deep valleys: 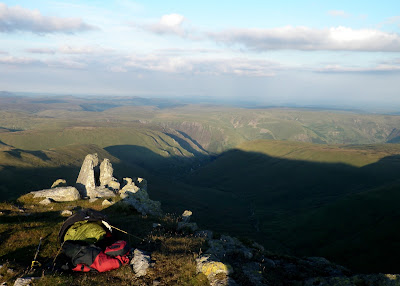 But those deeper into Wales featured row after row of hills which looked great as the sunset:

In the morning, the Bala valley was filled with cloud, but it was all blue sky up here: 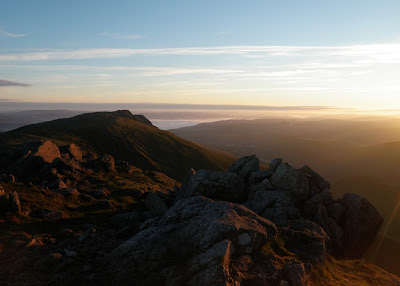 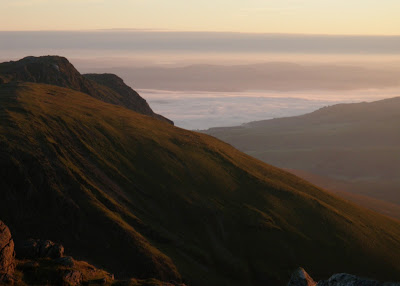 And the day was a warm, bright one for heading along the whole Aran range 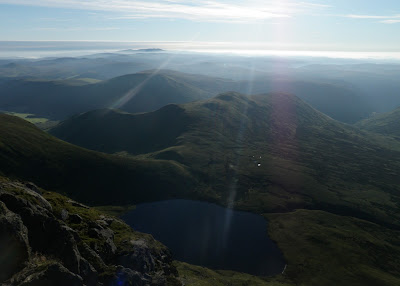 And setting out on rocks to eat hard-boiled eggs and read Graves. 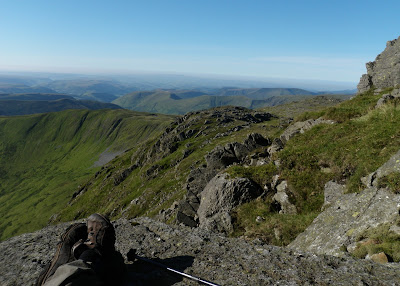 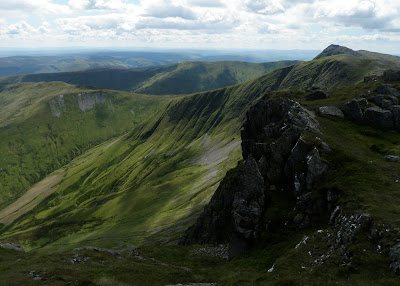 There's only really one Snowdonia mountain south of here: Cadair Idris (which, with Snowdon, is one of the two peaks in Snowdonia that draws all the cloud - best avoided for that reason I think)