This was an inspiring mountain. It was cold but relatively still on the walk up from Torridon village. Despite this there were interesting weather systems passing across Torridon, which featured a nice rainbow between here and Liathach. 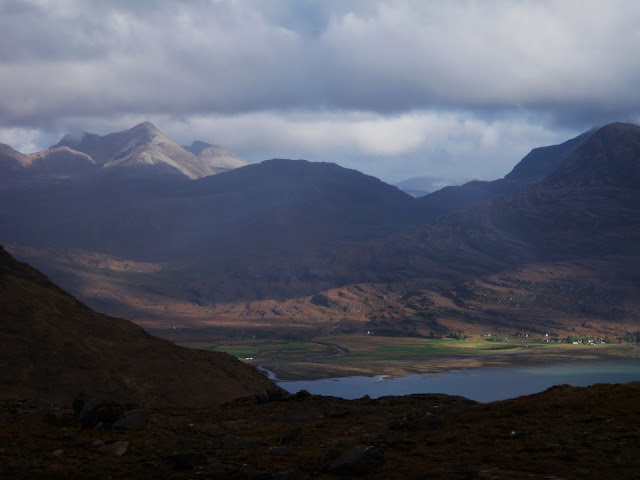 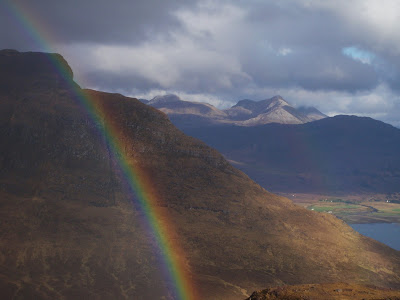 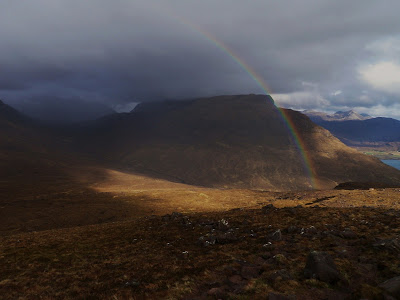 The ascent felt relatively short and straightforward and I was very tempted to sleep on the actual peak. For some reason that I can't quite recall I decided to sleep in a relatively sheltered spot about 150 metres lower instead, and to do the short climb up for sunset and dawn. It was very lucky I did. 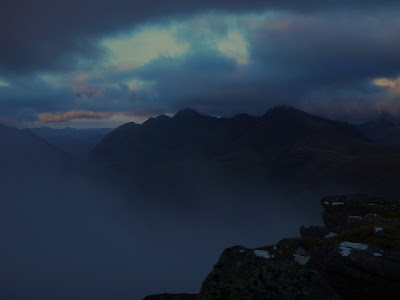 The sunset was beautiful, although large chunks of it were interrupted by being in the middle of thick clouds. This just made the bits that were visible all the more dramatic. By dawn, very cold and very powerful - I'd guess storm force - winds had picked up. 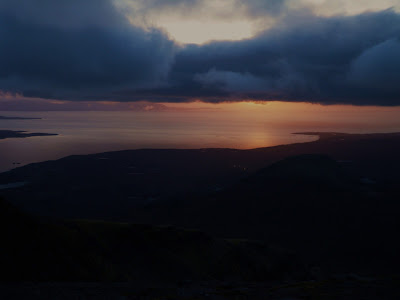 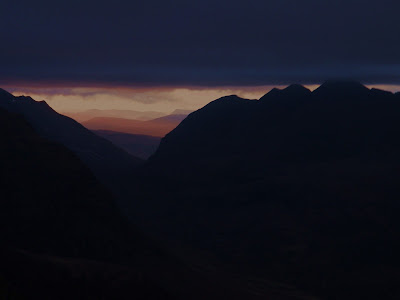 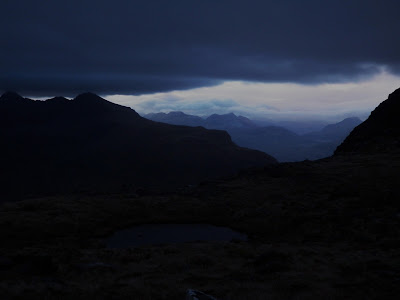 These made it very difficult to walk or even stand and taking photos became something of an ordeal, with feeling completely lost in the right hand. I'd hate to think what would have happened if I'd camped on the top. Nonetheless, it was a beautiful dawn from the top and I decided to brave the famous Horns of Alligin. This took me hours longer than it would have done in better conditions, but was well worth it. By lunchtime, however, a wall of thick cloud had come in.

Quinag provided a magical night on a magical mountain. I'd intended to climb Carn Eige in Glen Affric on this day, but as I drove away from Torridon, every single mountain was swathed in thick fog. I'd decided that this might have to be a coastal night instead, so thought I'd drive into the northwest corner to see if anything was out of the mist before wandering up to Sandwood Bay if not. I drove up through Ullapool - still thick cloud. Past Suilven, which was nowhere to be seen. Down to Loch Assynt - and there - standing majestic and clear was Quinag - 'the milk churn'. Expecting that it too would be robed in cloud before long, I rushed up. 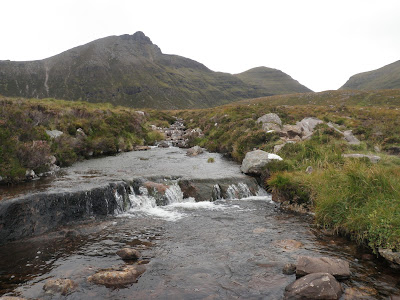 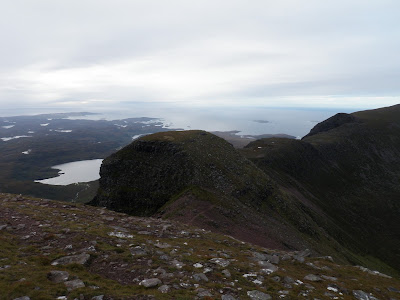 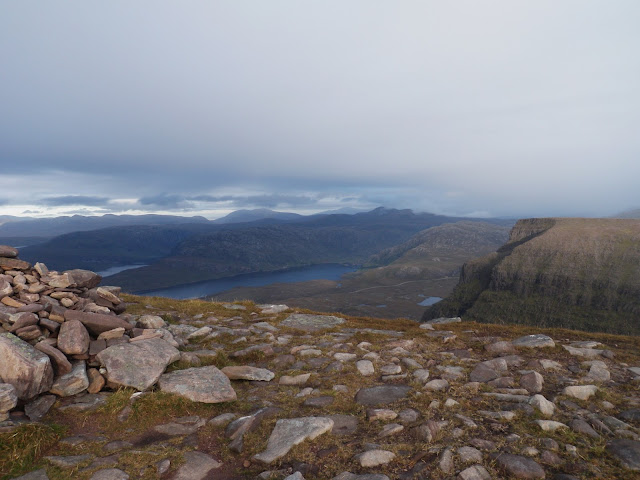 I set up camp as it seemed that rain and cloud were about to settle in. 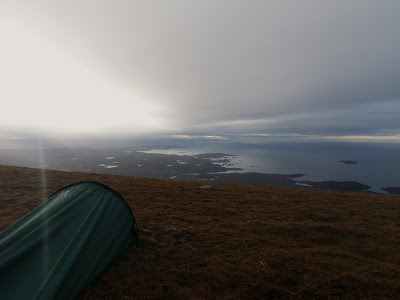 But there followed the most extraordinary evening watching clouds pass on all sides, never coming within a mile or so of Quinag. 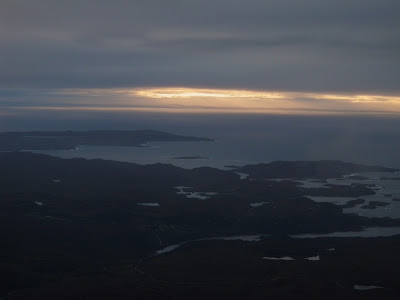 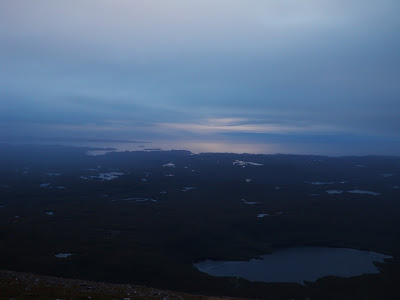 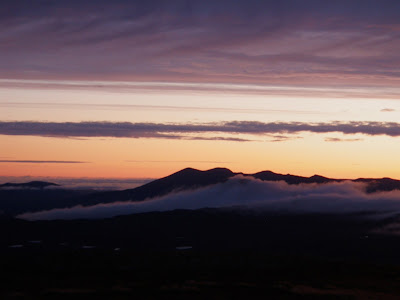 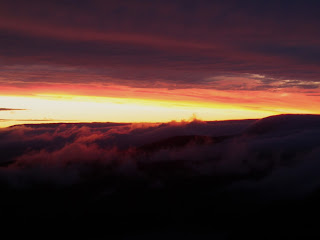 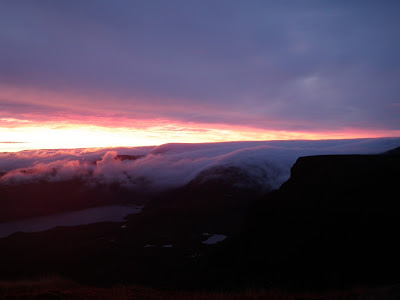 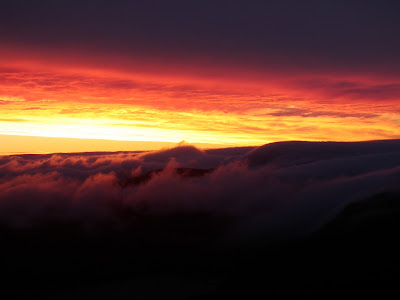 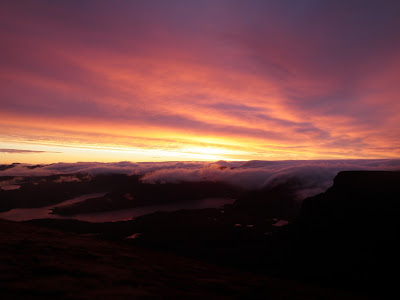 The dawn too was spectacular - I wish I'd had a camera capable of catching them, and the views up and down the seaboard were superb - 7 lighthouses could be seen, and the only visible streetlights were on Lewis, across the Minch. This was a powerful illustration of just how depopulated Assynt is. 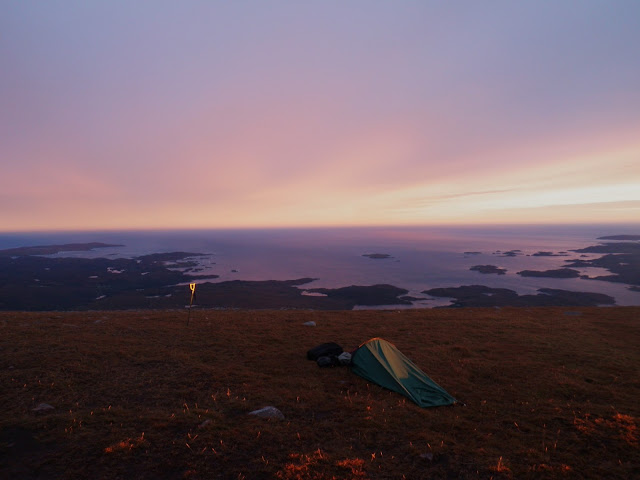 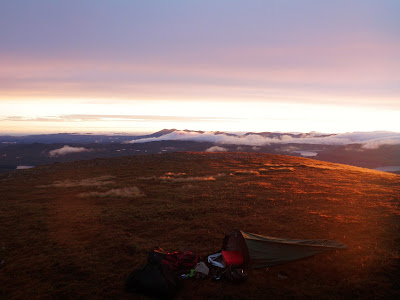 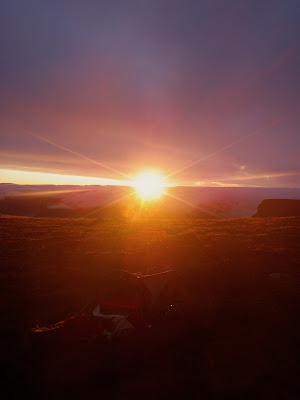 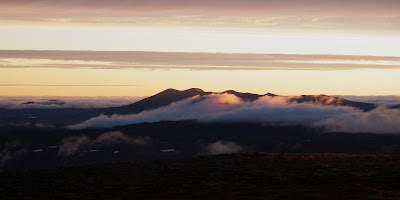 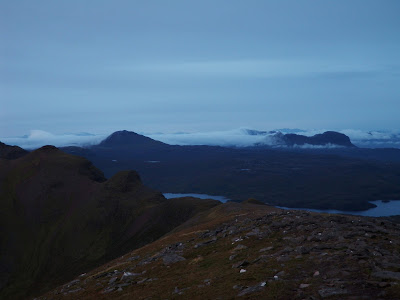 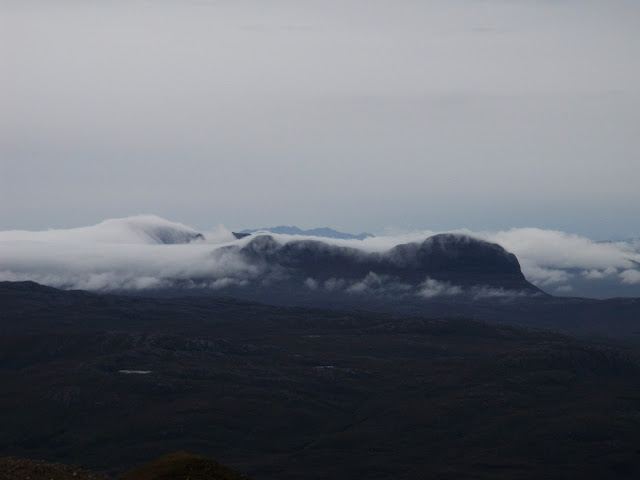 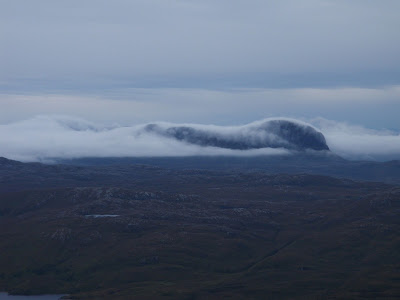 During the night there had been some extraordinary wretching and wailing noises, like something from a horror film. It turned out to be a fox in one of Quinag's many corries, who must have been very ill indeed.
I'd read Tim Blanning's Romantic Revolution in the long hours of dark, and this particular reading was a great example of why it's great to take books on trips like this. I now teach from this book, and every time I do, this stunning night on Quinag is brought back to me in all its glory.
During the descent the bank of cloud from the East continued to threaten. 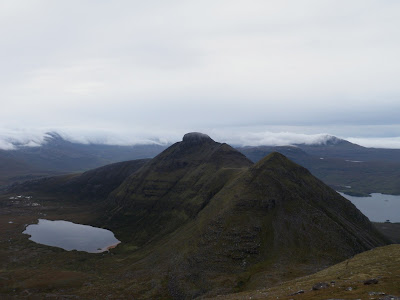 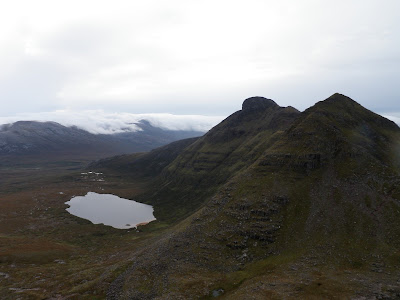 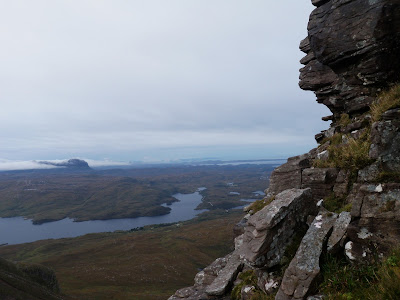 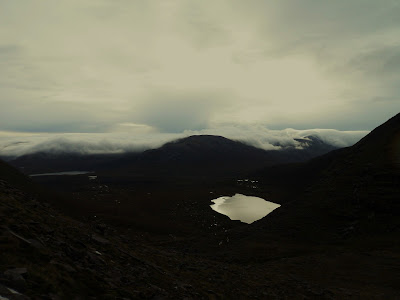 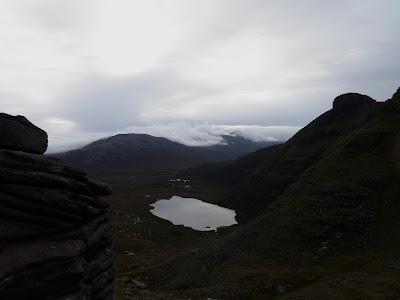