This was my first trip with the new camera, although, in the end, it offered few opportunities to try it out. There has long been a tendency for people I travel with to get ill. On one occasion we ate a lot of limpets from rocks on the Welsh coast (with some bottles of fantastic mead from the Newquay honey farm) which my stomach handled fine, but the person I was with reacted very badly to. On another occasion, with a different person, cockles were the offending article - I hadn't realised he wasn't used to eating seafood. On another my own Dad took a turn for the worse and had to be laid up on bed when we got back. This trip was another such occasion.  I drove north through heavy snow, almost turning back in the Lake District because it was so heavy. I picked Ben up from the railway station in Sterling, unfortunately he was quickly coming down with something nasty. We headed up the A9 amidst lots more snow and decided that, given Ben's condition, we'd spend at least the first night in the Kinlochewe bunkhouse by Loch Maree. We went for a bit of a wander... 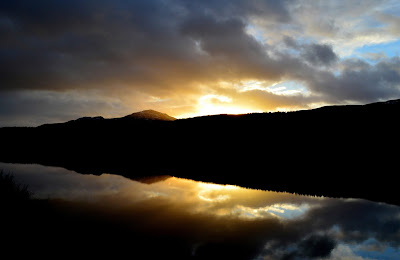 ...then had a great evening with the food and whisky at the Kinlochewe Hotel, which I think I enjoyed rather more than Ben - even whisky wasn't curing him. Next morning he was far worse and so was the weather. Like a true friend I abandoned him for the day and, because the mountains were in cloud and the wind vicious,  headed north to Sandwood Bay and Cape Wrath. As I walked the coast, the wind was cruel which made for a violent sea and frequent facefulls of sand. There were some lovely purple sandpipers on the rocks in the middle of the bay. 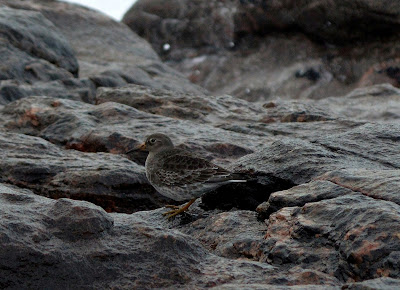 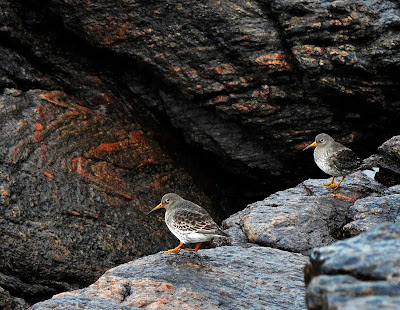 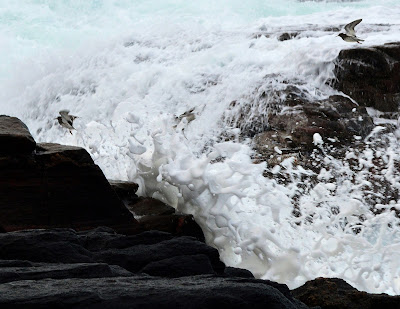 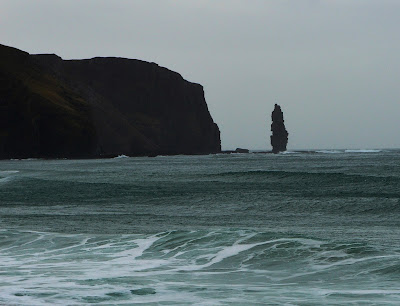 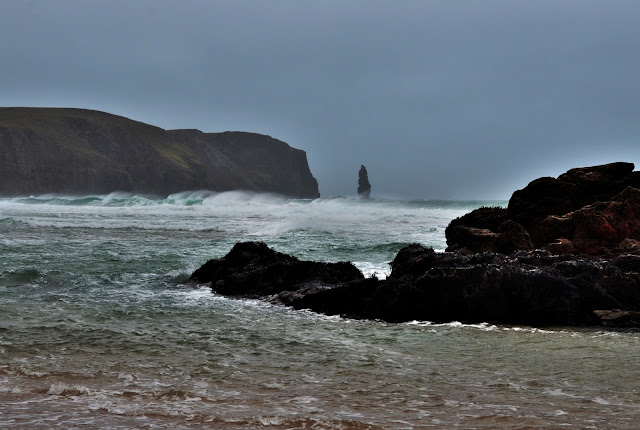 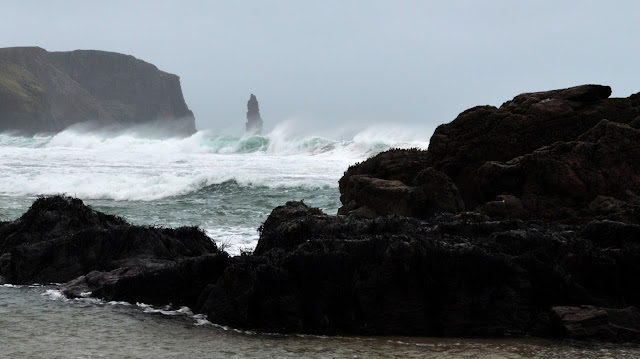 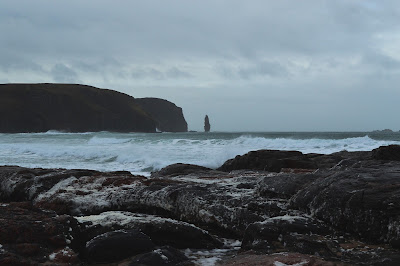 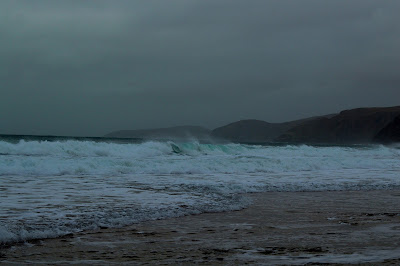 I was glad to head back to the bunkhouse for the night though, where Ben was showing some small signs of improvement. Next morning he was well enough to be driven back to the comfort of his own home.
Posted by mountaincoastriver